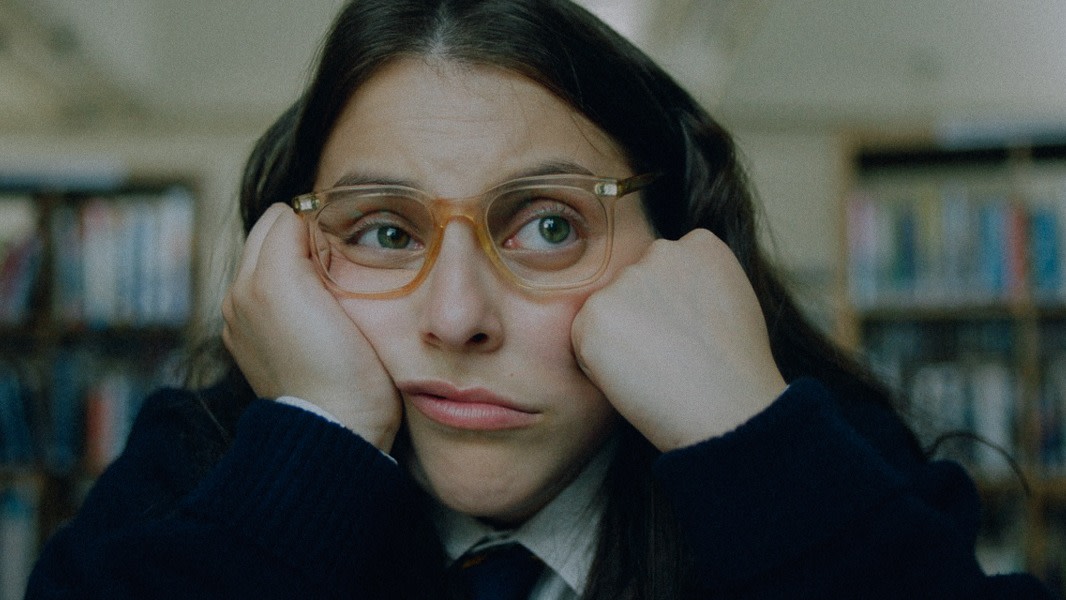 How to Build a Coming-of-Age Movie for Girls

Before Booksmart and Lady Bird, director Coky Giedroyc came across a script (based on a semi-autobiographical book) by Caitlin Moran called How to Build a Girl, about a working-class teenager who, with very little music knowledge, tries to reinvent herself as a London rock critic.

For years, Giedroyc had lamented the lack of coming-of-age movies for young women. In Moran's script, she found hers: a funny, rude, honest story that would cast Booksmart's Beanie Feldstein at the center.

Giedroyc had been a fan of Moran's work for years. “She's outrageous and wild and free and polemical and doesn't give a shit, basically. And part of her manifesto is about enabling and empowering young women.”

“I just saw in it a story that had to be told,” she added. “Since then, there have been a handful of films that fit this category where a young female central character can get messy, behave badly, and get away with it.”

Giedroyc’s daughter was 16 then, the same age as her film's protagonist, Johanna. “It felt like a film that she needed.”

Her daughter has since watched it seven times. “She brought all her friends when we were test screening it for the target audience age group. And she came to the premiere in Glasgow. She's just so supportive of it, and she really loves Beanie.”

Feldstein plays a girl from Wolverhampton, a tiny town in the UK Midlands. That she also happens to star in both Booksmart and Lady Bird is no coincidence.

“We'd started trying to cast locally. That was our mission,” Giedroyc said. “And we just couldn't find the right person. It's a difficult role to take on. It's funny – a very particular type of humor – and it's got to be a girl who's unashamedly bold and brave in her choices.”

That’s when she saw an early screening of Lady Bird. “Beanie just shone. She was absolutely brilliant, I thought, and so young and fresh and brand new. As soon as I Skyped with her, I said, ‘How are you going to handle the accent?’ And she said, ‘Well, any actress who doesn't live in Wolverhampton is going to have to deal with that accent, so it might as well be me.’ And I just thought, ‘Good on you. The part is yours.’”

To put that into practice, Feldstein took a job at a Wolverhampton gift shop for three weeks, working every day in the accent.

“She's exactly what you see on the screen,” Giedroyc said. “She's a very wonderful human being and incredibly hard-working. She has binders and lots and lots of colored markers and pens. She was on set first, smiling, beaming, ready to work. She raised everybody's game.” 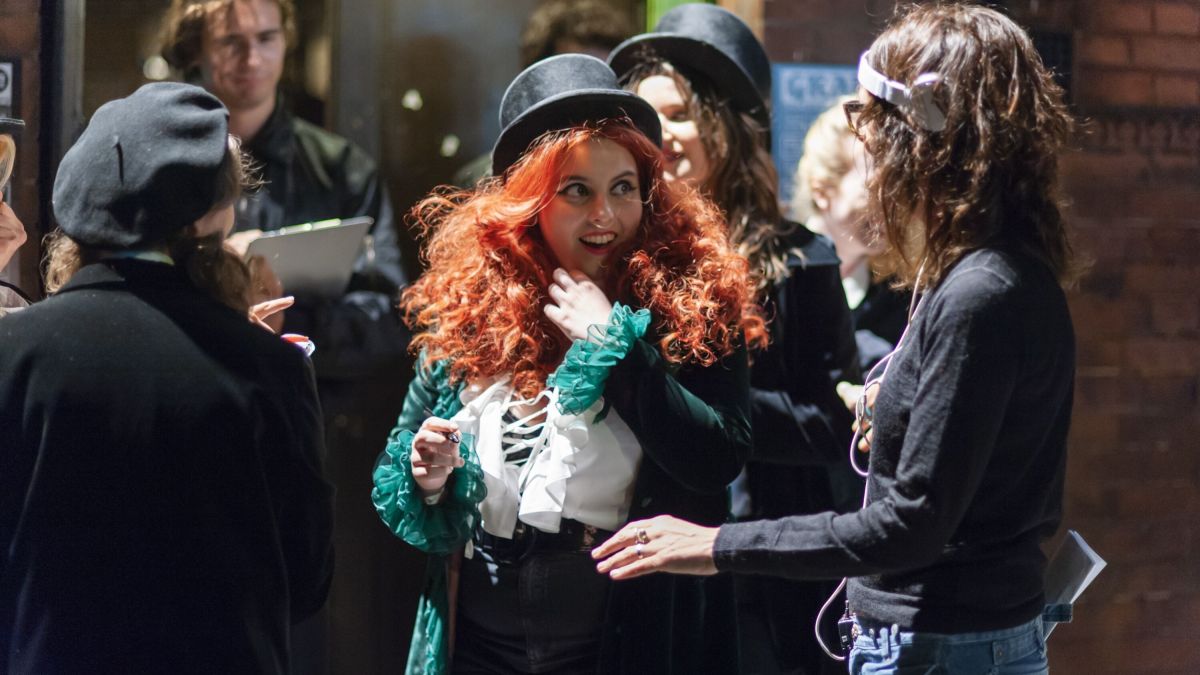 As a teenager herself, Giedroyc was “the shy, quiet, well-behaved one.”

“I would have loved to have seen this film when I was 16 because the message is to be bold and try things out. You're going to make mistakes on the way, but it'll be okay in the end. That was missing from my teenage years.”

Growing up, she knew she wanted to be an artist, but once she entered art school, realized that “I couldn't sit on my own with a blank sheet of paper and just paint.”

So she studied French and art history at university instead, and joined the film society, where she taught herself how to make movies on an old Bolex camera. 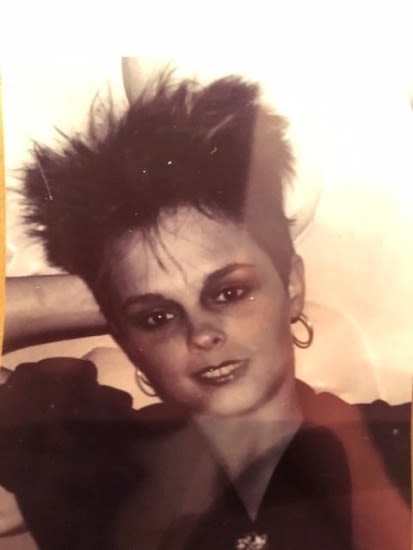 Coky Giedroyc circa the '80s

“I just made little pop promos for my friends who were in bands, and it kind of went from there.” Those pop promos got her into film school and she started working in film and TV shortly after.

“There were such a tiny handful of female directors around then, you could literally count them on one hand,” Giedroyc recalled. “One beacon of hope and total badass role model was Kathryn Bigelow. I remember seeing Blue Steel and thinking, Oh so maybe I could do this too?”

To be sure, it was tough to get a break as a female director in the ‘80s. “In the early days, it was just incredibly hard to get work,” Giedroyc said. “I got in the room for meetings because people didn’t actually know whether ‘Coky’ was male or female.”

“I met one particular producer off and on for seventeen years, pitching ideas, suggesting movies to develop. She complimented me on my long legs, suggested we go shopping together, never got as far as seriously discussing work.”

It didn't help that Giedroyc was also a mother. “Often producers asked me how I coped with my work and raising children (That was if I even admitted to having children. For many years I didn’t.) before letting me know that I wasn’t right for them. So many rejections over the years, it was crushing. Once I was offered a job then swiftly ‘unoffered’ it when the producer found out I was pregnant.”

The '90s saw a shift in the industry. “There was a sort of political awareness and people suddenly said, ‘Oh my god, there are female directors. Blimey, we better give them a break.’ And that's when I made my first movie.” With Stella Does Tricks, Giedroyc was given plenty of freedom and support. Her second feature, Women Talking Dirty, was “a much tougher gig.”

Acting on a friend’s advice, she turned to television. “For the next fifteen years, I simply went with the material. I chose the stories I most wanted to tell. This coincided with the dawning of the golden age of TV.”

But she maintained her cinematic sensibilities: “I always directed television as if it were on the big screen (people’s home movie systems getting bigger by the minute) and I always applied the same ambition and creativity to my television projects as I would to film, believing that the scope for cinematic expression has always been as big on the ’small’ screen.”

All the while, “there were some fierce and formidable women who took a punt on me,” leading her to direct BBC shows like Oliver Twist, Virgin Queen, Wuthering Heights, Blackpool and The Hour. 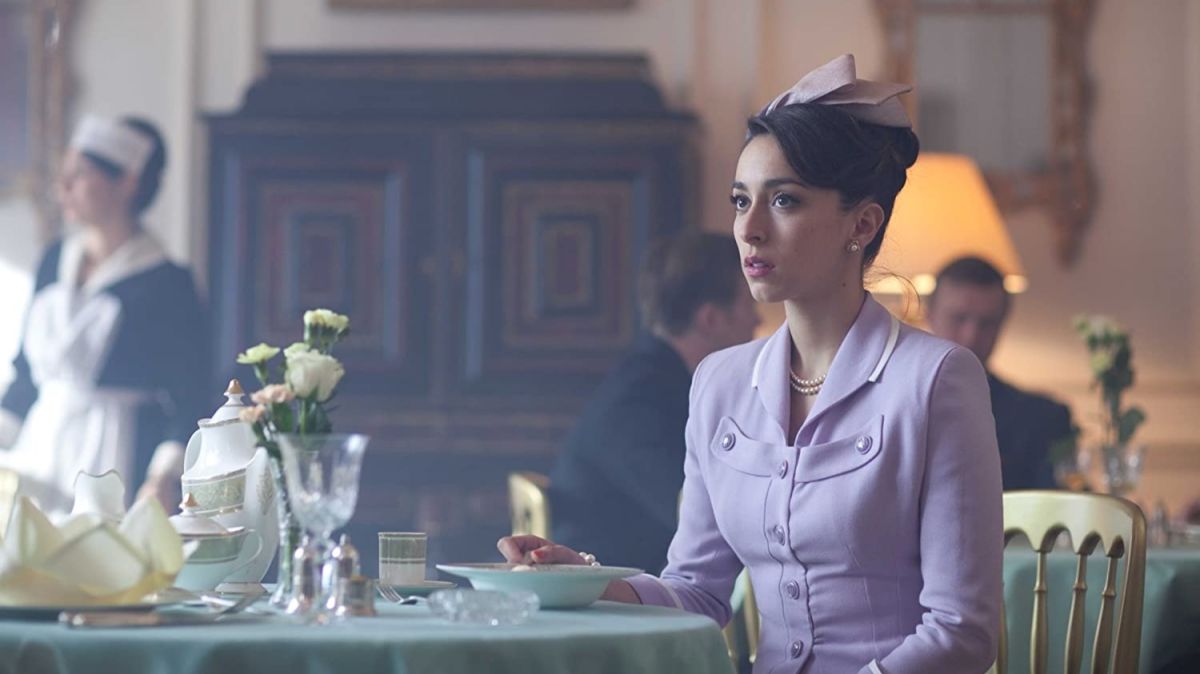 Fifteen years ago, Giedroyc followed a friend’s advice to find work in television. ("The Hours," 2011)

With the impact of movements like #MeToo and Time's Up, Giedroyc said, “I've seen the pendulum swing both ways. I'm so happy and relieved that there are opportunities now for females and for directors of color. But we need to keep the momentum going.”

“I've been doing it for 30 years. The greatest step forward will be when the conversation isn't happening anymore. When there's a balance, there's diversity, there's a proper kind of equality. Everyone having a turn, that's the dream.”

She credits the mentors she had along the way in helping her reach the next rung at each turn in her career. “Now that I look back, they were almost like stepping stones. They helped me keep going.” Those include Alison Owen and Debra Hayward, “who have always worked with women, supported women directors, even when it wasn’t cool.” The duo first brought How to Build a Girl to Giedroyc, and produced the film.

Now, Giedroyc herself is a mentor for young female filmmakers. And for her latest film, she hired a largely female crew.

“For me, the most important thing was that the people I chose were the best people for the job. I didn't choose them because they're female. I like working with women and they happened to have the right credentials and sensibilities for the job. We were just an ace team.” 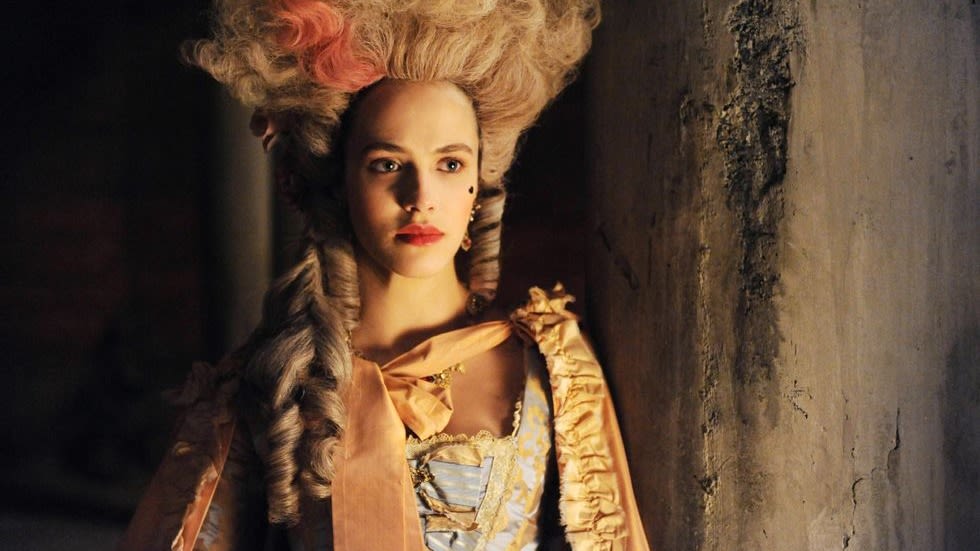 Coky Giedroyc had been working on "Harlots," a period drama about 18th-century London prostitutes, when Alison Owen and Debra Hayward approached her to direct "How to Build a Girl"

The world has turned upside down since production on How to Build a Girl ended. Giedroyc has been spending her days at home with her family, wavering between moments of existential despair and optimism. In all this strangeness, she's turned to movies.

“We have film nights in our house. We take turns to choose a film, and it's got to be a film that the kids haven't seen. So we've been watching amazing old movies together – The Graduate, The Deer Hunter, Kramer vs. Kramer, Rear Window – and blowing their minds.”

As with other film releases disrupted by the COVID-19 pandemic, How to Build a Girl has shifted gears and will go straight to VOD on May 8 (as well as some drive-in theaters). Giedroyc continues to look on the bright side: “People are looking for new stories, aren't they? We've got to be positive and embrace it.”

“I just wanted to reach as many people as possible,” she added, “and if that means being on a digital platform and reaching people in lockdown because they want to watch films that have happy endings, then I'm happy.”

“This is a story about a girl who comes from a bad post code. She comes from a poor family with too many kids. She has nothing going for her, no opportunity. She picks herself up and makes something big and brilliant and beautiful and bombastic out of herself. That's got to be a good message to any young female watching.” Even if it’s on her laptop or living room TV. 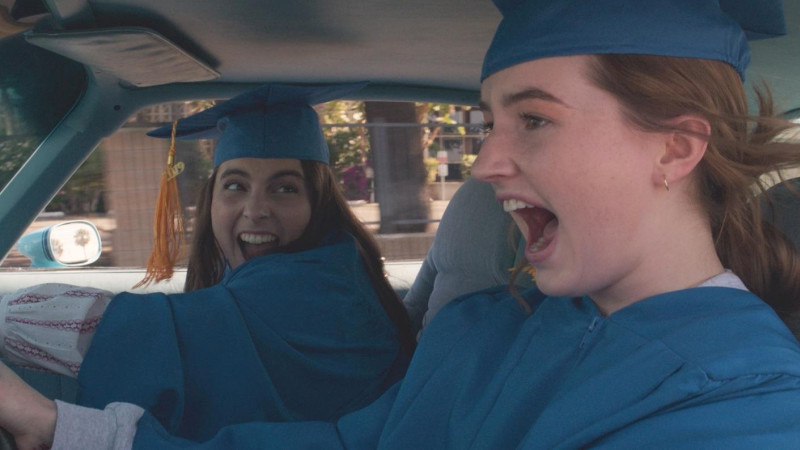 FEATURES
Six Ways To Get More ‘Booksmart’
May 14, 2020
Here's what we learned from Olivia Wilde as she hosted our #WatchWithTheAcademy party.
A.frame The Academy Academy Museum
© 2020 Academy of Motion Picture Arts and Sciences
Privacy Policy Terms of Use