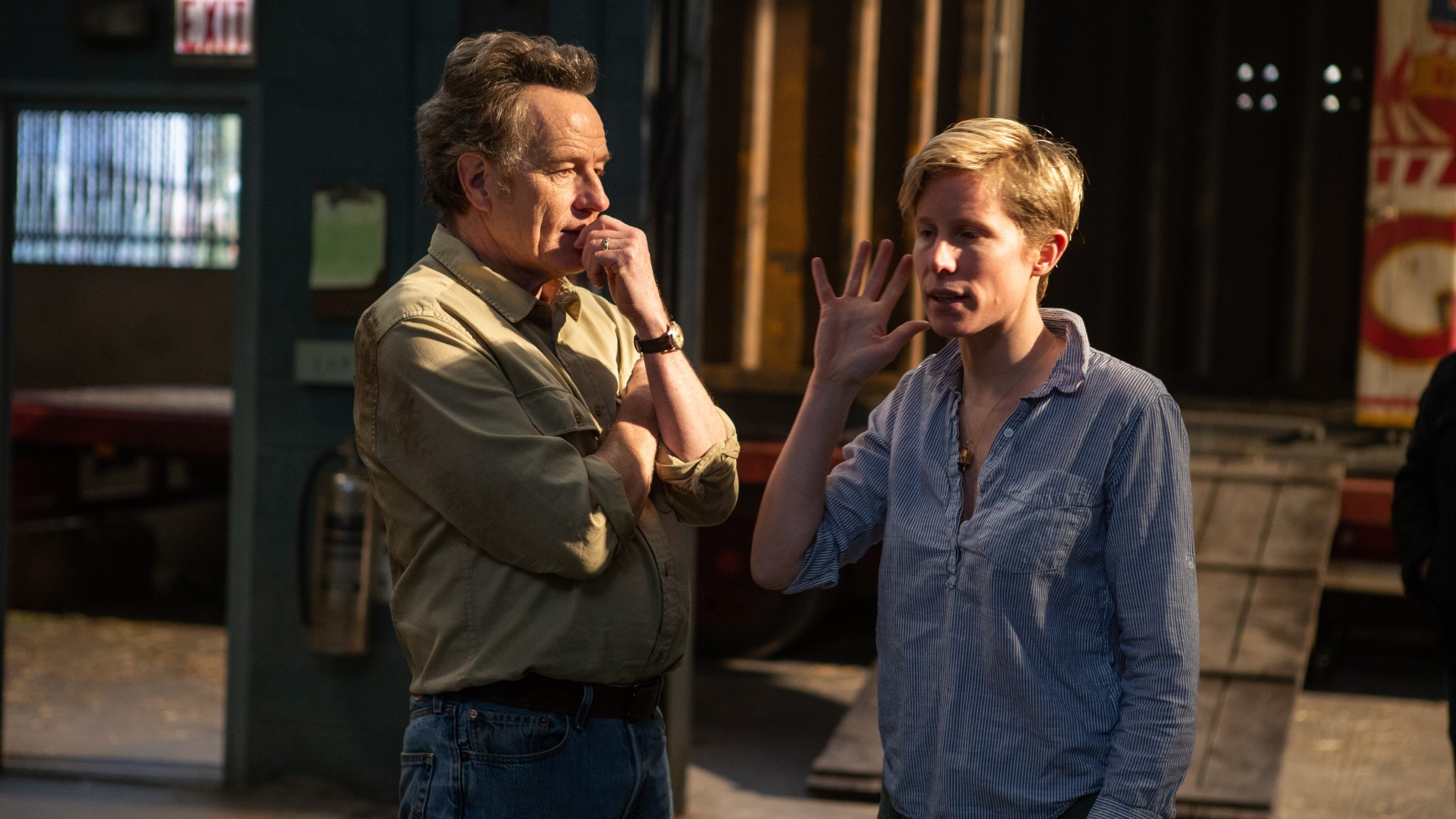 Thea Sharrock knows her way around an emotional movie moment. After all, she adapted the Jojo Moyes novel Me Before You into a heartbreaking romance starring Emilia Clarke and Sam Claflin. And now she’s back with The One and Only Ivan, the tale of a 400-pound silverback gorilla (voiced by Sam Rockwell) who lives in a suburban mall with a stray dog (Danny DeVito), a poodle (Helen Mirren), and a host of other circus animals. When a baby elephant named Ruby (Brooklynn Prince) arrives, Ivan begins to question where he comes from and where he wants to be. The film starts streaming on Disney+ August 21. 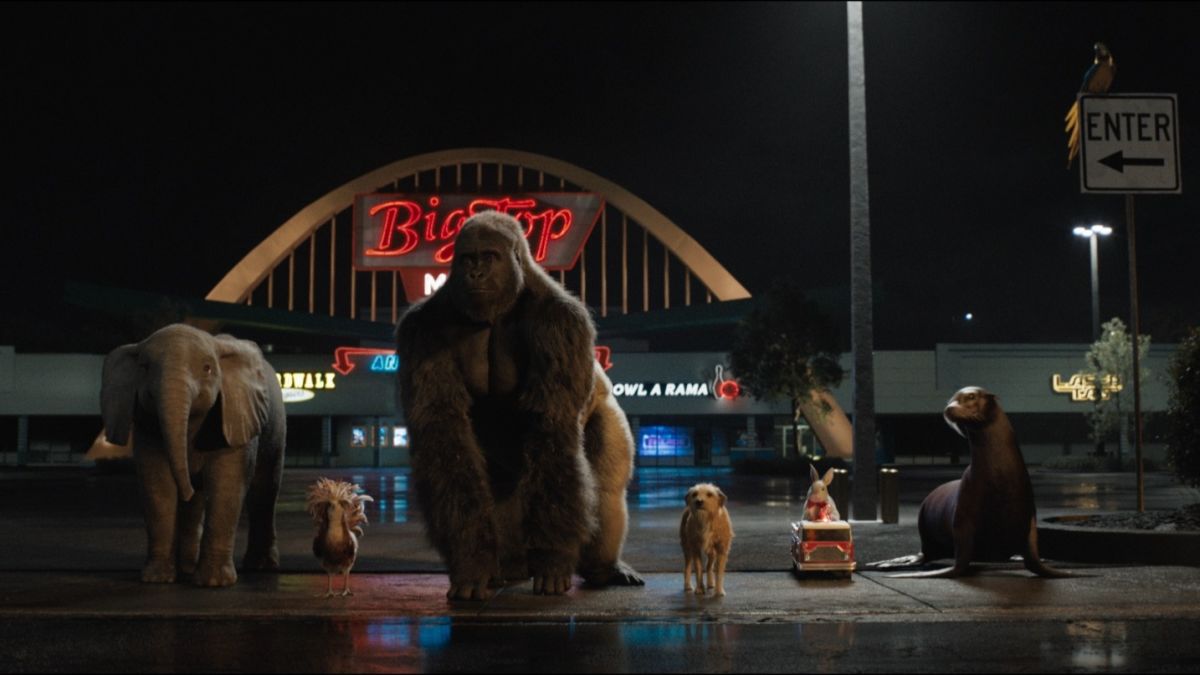 In both films, Thea said, these key emotional high points are a product of trusting your instinct when deciding what shot leads to the next one and the one after that. The trick is “not to get there too soon and not to milk the moment any longer than it needs to be because then it suddenly becomes a bit inauthentic or cheesy,” she said. “It’s such a fine line.”

Collaboration with your editor and composer can also make “all the difference in the world.”

“I’ve been really lucky to work with the same composer on both films, Craig Armstrong,” she said. “I feel like he really understands what I want in those moments. He often watches them with no dialogue so he can just really respond to what it makes him feel. Then, he goes away and he composes.” Even sound design contributes to how these scenes make us feel. “It might sound silly because you think, ‘Well, what’s sound got to do with it?’ But actually, tiny things like the quality of breathing make huge differences. It’s really about bringing all of these people together and trying to make the most authentic moment possible.”

And of course, there are the performances. “You have to leave your ego at the door,” Thea said, “and you have to get the actors to a place where they feel comfortable to really reveal what they’re going through in that moment and not what they think I want to see or what they want the audience to see. [They have] to forget that there are 100 crew members standing around and just to be true to the moment because if they’re not, I’m going to come back in and ask them to do it again.”

The One and Only Ivan is a unique beast in that it combines live-action with CGI, and was comprised of hybrid shoots using motion capture and stand-ins. The film is a far cry from the theater, where Thea has spent most of her career. She directed Daniel Radcliffe’s career-making performance in Equus as well as Keira Knightley and Damian Lewis in The Misanthrope. But it was her revival of Terence Rattigan’s 1939 play After the Dance in 2010 that caught Sam Mendes’ eye.

The Oscar-winning director saw Thea’s play at the National Theatre—it’s the one that catapulted Benedict Cumberbatch to global fame—and offered her the opportunity to direct Henry V as part of The Hollow Crown, his BBC miniseries of filmed adaptations of Shakespeare plays. “At the time, I’d done one Shakespeare play and I’d never been behind a camera,” Thea recalled. The play she was directing was an old-fashioned love story, “but I guess—and I’ve never really thought about it like this—it had slightly filmic qualities to it. Maybe that was why Sam thought that now is a good moment for me.”

“I think he’s always been very good about trying to rebalance gender equality within the industry. Lots of people took risks on him when he was a young man and so I think he absolutely has that gift and knows what that can do.”

While After the Dance centered around a static set—“that’s what the playwright wrote”—Thea compensated by imbuing it with rich colors and authentic performances. “The costumes were delicious,” she remembered, “and so much of it came down to the performances.” The play won four Olivier Awards, including two for acting.

Once she set out to direct her first feature, Me Before You, Thea quickly learned the promise (and pitfalls) of filmmaking. The first lesson was that there are no second chances. “Once you’ve wrapped on a scene, you’re done. And you have to really hope that when you get back into the editing suite, you’re happy with what you’ve got.”

“In theater, you watch the performance and you think, ‘Hang on. That’s not quite what we talked about in rehearsal.’ And you’d go back in and say, ‘Let’s try this again tomorrow in a different way.’ There’s a click refresh button that they have every single night.”

On the flip side, she said, “with film, when you feel you’ve captured it and you’ve absolutely got it, you’ve got it forever.”

The One and Only Ivan proved to be a particularly complex version of that. Half the movie was computer-generated and each shot had to go through six iterations before it was locked. “Whether that was on the definition of a face or the quality of fur, each level made it that much closer to what the final would be,” Thea said. This meant that, through most of the postproduction process, she wasn’t able to see the final version of each shot.

“You had to travel in hope and trust throughout all of that time that the animators knew what you wanted,” she said. “They knew what I wanted it to feel like and to look like, but that I wasn’t going to see the majority of those until the very end of the process.” 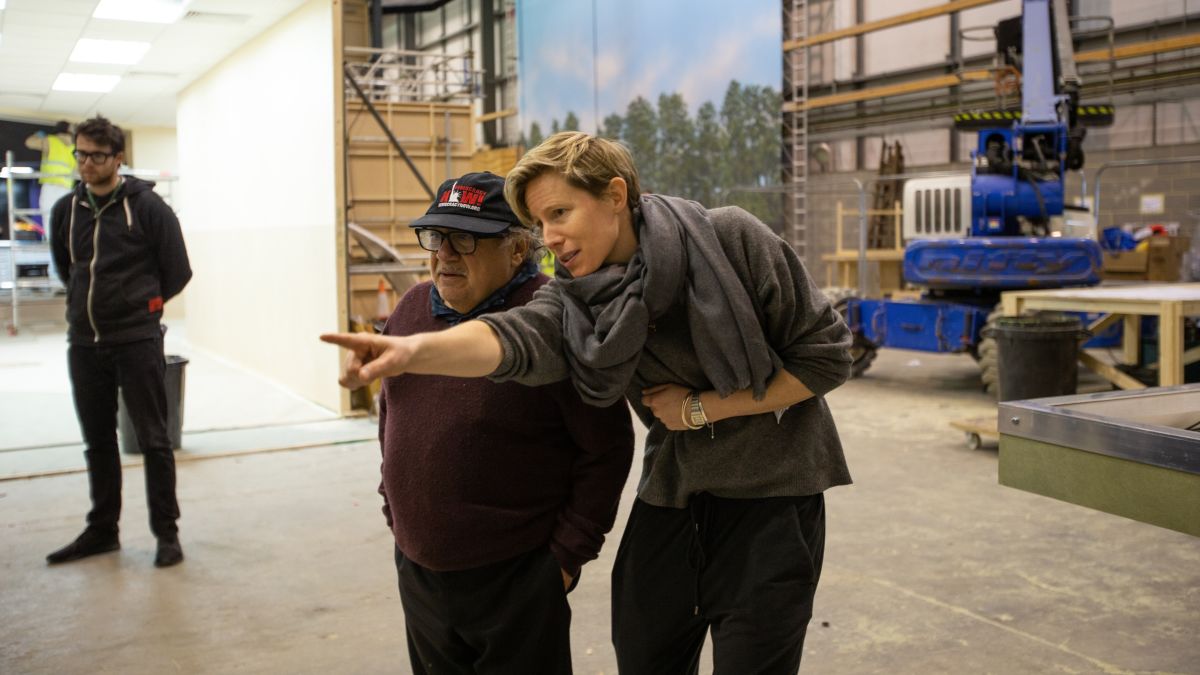 Danny DeVito and Thea Sharrock on the set of “Ivan”

And then, she said, directing actors varies widely from stage to screen.

Whereas the stage requires a special skill both in terms of physicalization—“At all times, the audience is seeing the whole body. It’s not just here or here”—and vocal work, the camera can pick up even the smallest expressions.

“What’s interesting is, the minute you work with an actor on camera, you know if they’ve worked in film before because they understand the difference between what the camera is doing for them versus what they are having to do for themselves.”

She’s found that, when stage actors come to film for the first time, “they often find it a relief and a release that they can do something much smaller and I’m going to pick it up. The camera is always going to find it. So they might need a bit of reminding to bring it down and trust that actually the smallest thought can be read in the eyes. Once they get the hang of that, they tend to really relish that process.”

“In many ways, it makes film much more accessible because of the nuances that you can pick up. You put the camera right here on somebody’s eyes and everybody’s going to see it.”

Ultimately, onscreen and onstage, Thea’s work comes down to believability. “I always say to my actors, ‘If you don’t really listen to each other, you’re not really going to hear what the other person is saying. And then your words in response to whatever it is they’re saying, or the look that you give them, is not going to feel real.’ They need to be able to lose themselves genuinely in the moment, so as not to feel that a performance is a performance. If you can feel moved or if you laugh, it’s only because you have connected with a person or a moment.”

See also: The five movies that have impacted Thea Sharrock most 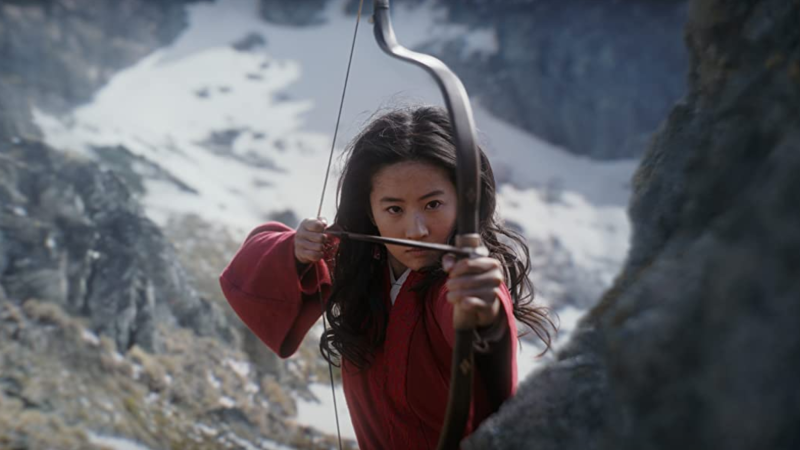 FEATURES
Original Mulan Passes the Torch
Sep 3, 2020
From her home in Manila, Lea Salonga talks about what it’s like to watch the character come back to life.
A.frame The Academy Academy Museum
© 2020 Academy of Motion Picture Arts and Sciences
Privacy Policy Terms of Use