A Director Finds His Roots—Starting with a Trip to Taiwan

“I grew up in Riverside, CA, where there aren't that many Asian Americans. You don't want to feel like an outcast at school, so you want to be one of the regular people. You want to assimilate.”

As a result, he said, “I was never that in touch with my heritage.” Alan’s new movie, Tigertail, is an effort to remedy that. It follows one man's long-ago journey from Taiwan to America, threading between these two distant lives as he tries to reconcile with his grown daughter.

“It's the most personal thing I've ever done. There's some basis in reality, but it's highly fictionalized. I've also been stressing that to my family.” Alan drew inspiration from his father’s stories, as well as those involving his mom and sister.

Tigertail has been in the works—and on Alan’s mind—for years. It involved many visits back to Taiwan, starting with a crucial trip he took with his dad.

“I was already in my 30s and I hadn't been back since I was seven years old,” he said. “I learned a lot. My dad took to places that he had been when he was growing up, and we took the high-speed train down to his hometown. He showed me the factory that he used to work in when he was a young man, when he helped his mom.” 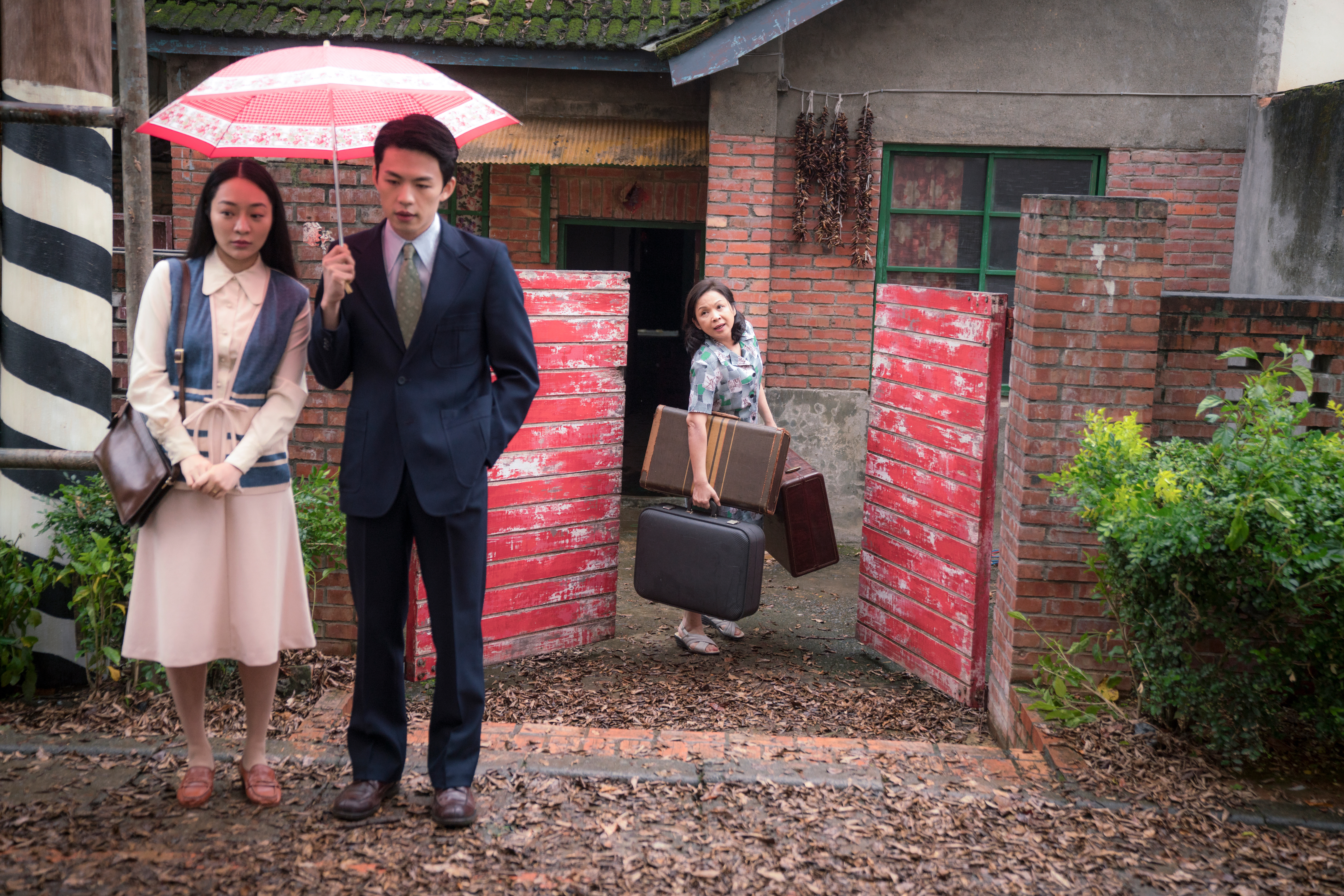 Those visits and those memories found their way into the psyche of the movie. So did the variety of languages spoken in the country.

The trailer itself starts in Taiwanese, segues into Mandarin and then transitions into English. The credits, too, are written in each actor’s native language.

“The entire cast is Asian, or Asian-American, so when we see the cast names at the end, they're all using Chinese characters, with the exception of James Saito, who's Japanese, so he used Japanese characters. My dad had to help me with some of those translations.”

To his credit, Alan tried learning as much Mandarin as possible to communicate with his largely non-English-speaking cast. “I still don't speak it, but I know a little bit more than I did then,” Alan said. “I didn't know what my name looked like written in Mandarin. I had to ask my dad, and I recently put it in my Twitter bio.”

“They’re steps that I hadn't taken before, and that's partly my fault, but also partly ingrained in the culture. I wanted to get that across in the movie as well: how much culture affects us, how much how we are raised affects us, and how much something that is taught to a previous generation manifests itself in our generation.” As a kid, Alan recalled, “I was doing good Asian boy stuff. I played musical instruments and I played sports. I was doing a lot of different activities, and I think that's very healthy and socially beneficial. But certainly, my parents weren't sitting me down and showing me Ingmar Bergman films. I had to do that on my own in the last few years.”

Alan wasn’t allowed to watch TV until he was about 13. “And then, I started watching a lot of comedy: Seinfeld, The Simpsons, Saturday Night Live, shows like that. I'm later to the game in terms of film, but that's really exciting to me as well, because I didn't go to film school. I've been loading up on Fellini, Antonioni, Ozu and classic movies that some people are exposed to younger in life.”

He entered college a biology major, but by then, knew he loved writing and the humanities. After working in a biology lab the summer after freshman year, Alan decided to switch gears.

He began looking for other creative outlets. Two, in particular, changed the course of his college life: his punk rock band, Model Kit (“I sang, I played the bass. We would tour around on the weekends.”), and his college’s humor magazine, the Harvard Lampoon (“Once I started hanging out with those writers, it felt like that was the community of people I wanted to be around.”).

While Tigertail may be his directorial debut, Alan is no stranger to film and TV. He was a writer and producer on Parks and Recreation, screenwriter behind Date and Switch, and co-creator of Master of None and Forever.

“One thing I realized over the course of working on these shows and movies is that the most personal stuff yields the best work. Whether that's because you have a passion for it, or because there are these kernels of emotional truth that you've experienced and can therefore put it into the work yourself, it just makes for better storytelling, I think.”

Throughout his career, Alan has been drawn to personal stories, “human stories that generally have to do with emotional behavior between people and relatively grounded realistic behavior.” More importantly though, he’s drawn to projects that keep coming back to him. Alan Yang on the set of "Tigertail."

Alan believes that Hollywood has certainly changed since his start in the industry. After all, just this year, a Korean film took home the Best Picture Oscar for the first time ever. “This is just the beginning,” he said. “When I started writing this movie three or four years ago, there were no Asian-American-led films. There were very few Asian-American TV shows. There was no Crazy Rich Asians, there was no Farewell, there was no Parasite.”

“It felt like an incredible leap of faith to write a movie with essentially no white people in it, and an entirely Asian-American and Asian cast. That's changing, and that's incredibly exciting for me personally, as someone who wants to continue to tell Asian and Asian-American stories.”

The next step, Alan believes, is expanding the portrayal of Asian Americans. “This is something that I myself am guilty of, but there's been a trend for a lot of these movies to be about families and our relationship with our homeland,” he said. 5:43
FEATURES
How a Short Film Changed Pakistan's Judicial System
Apr 16, 2020
Sharmeen Obaid-Chinoy examined honor killings from the perspective of a survivor.
About A.frame The Academy Academy Museum
© 2022 Academy of Motion Picture Arts and Sciences
Privacy Policy
Terms of Use