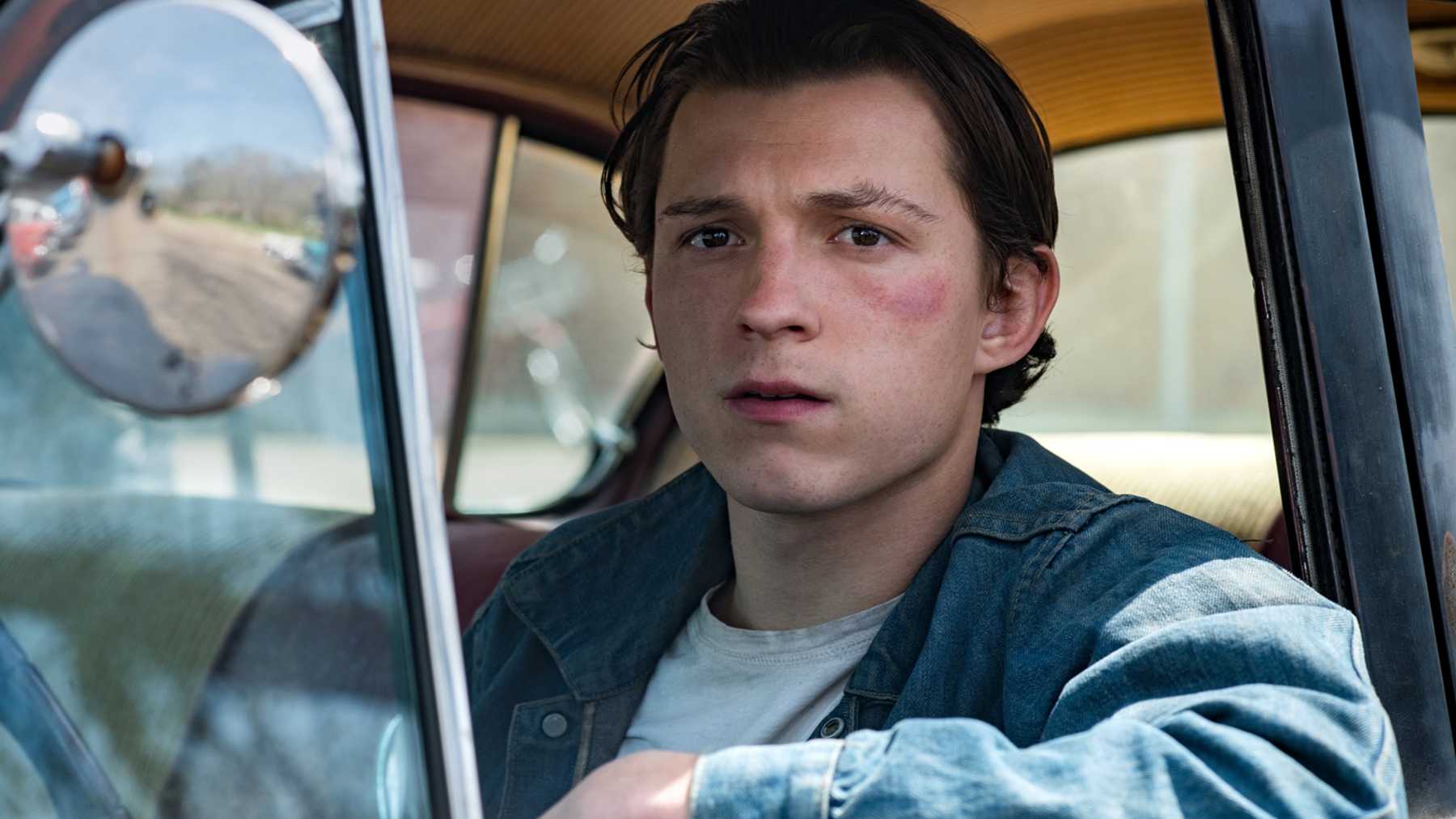 You might have heard there are few new movies coming out, but that’s really not true. Most have been delayed and many will skip theaters, but there are still some 80-plus new movies debuting throughout September, October, and November. Here, we highlight just a few (and what the Tweeps are saying about them) — but we challenge you to watch many, many more.

All In: The Fight for Democracy
September 9 - Theaters | September 18 - Prime
With the presidential election just weeks away, this doc about voter suppression is a top candidate for timeliest movie of the fall. In All In, Academy members Lisa Cortés and Liz Garbus take a look at the controversial 2018 Georgia gubernatorial race (then-candidate Stacey Abrams is also a producer on the film) and present it as the culmination of an unsettling, centuries-long history of voter suppression efforts in America. The doc is a warning, yes, but it’s also a resource: The filmmakers have partnered with a network of non-profits to create an online hub for voting info. Check it out now at allinforvoting.com.

The Devil All the Time
September 16 - Netflix
Casting director (and Academy member) Douglas Aibel certainly rounded up some talent for this one: Tom Holland, Mia Wasikowska, Eliza Scanlen, Sebastian Stan, Bill Skarsgård,  Jason Clarke, Haley Bennett, Riley Keough … shall we go on? An adaptation of the 2011 novel of the same name, The Devil All the Time tracks troubled, intersecting lives in a small 1940s Ohio town full of dark secrets. And how could we forget Robert Pattinson as the secretive preacher with questionable motives and a thick Southern accent?

Stuntwomen: The Untold Hollywood Story
September 22 - VOD
Of all the miscellaneous social media trends to come out of quarantine, the #BossBitchFightChallenge has undoubtedly been our favorite (watch the creative chain now if you haven’t yet). So, to know we soon get to see stuntwomen in their natural habitat—on big, loud, dangerous sets—has our adrenaline pumping already. That Academy member and resident badass Michelle Rodriguez narrates makes this a total knockout.

Kajillionaire
September 25 - Theaters | October 16 - VOD
Quirky is an understatement. For 26 years, Old Dolio (Evan Rachel Wood) has been taught scamming, and scamming only. Her odd duck, antiestablishment parents treat her more like a heist partner than they do a cherished daughter. Kajillionaire, from writer-director and Academy member Miranda July, is the story of Old Dolio’s late bloom: a rare encounter with someone outside her family’s isolated triangle spurs her self-discovery and yearning for a life beyond the con jobs. The comedy was a treasure at Sundance earlier this year.

Wonder Woman 1984
October 2 - Theaters (Ed note: delayed to December 25)
We know Gal Gadot can kick ass. And we know Patty Jenkins can direct a kickass movie (1984 arrives three years after she gave us the first Wonder Woman). But our biggest question for the sequel: Can Kristen Wiig kick it too? In the latest trailer, the actress holds her own—as the villain Cheetah!—in a duel against the superheroine. It’s new territory for sure, but if her Ghostbusters days are any indication, we think she can.

On the Rocks
October 2 - Theaters | October 23 - AppleTV+
Nothing could make us more excited about the reunion of Sofia Coppola and Bill Murray—can you believe it’s been 17 years since Lost in Translation?!—than the addition of Rashida Jones. In On the Rocks, she plays a woman who suddenly questions her husband’s faithfulness, and Murray is her dad who encourages some spying to see if the man is really a cheater. The father-daughter comedy is the director’s seventh feature, and—with longtime musical, editing, and producing partners returning—we have every confidence this will have the refined and clever Sofia Coppola spirit we’ve come to know and love.

Save Yourselves!
October 2 - Theaters | October 6 - VOD
This is like that time that Jared Leto emerged from his 12-day, no-phone meditation retreat earlier this year to learn that the world was on pandemic lockdown. Except with aliens. In Sundance breakout Save Yourselves!, a couple suffering from technology fatigue picks the wrong week to commit to a phone-free, cabin vacation in the woods. So when aliens invade, they are without any alerts, and must soon face the unknown the old-fashioned way: without Siri.

Time
October 9 - Theaters | October 23 - Prime
Using home video footage captured over 18 years, Time documents the anxious and circular experience of Fox Rich as she lives through and fights against her husband’s 60-year prison sentence. Non-chronological and deeply poetic, the film (yet another Sundance alumnus, winning the documentary directing prize there this year) shares with Tenet a fascination with time, but might tug on the heartstrings a bit more like Boyhood.

Candyman
October 16 - Theaters (Ed note: delayed to 2021)
Though he’s not in the director’s chair this time, Jordan Peele’s now-signature horror touch is still felt in everything we’ve seen so far of Candyman. In what he calls a “spiritual sequel” to the 1992 film, co-writer Peele repackages the chilling Candyman legend as a contemporary piece, integrating themes such as art, identity, and even gentrification. Budding prodigy Nia DaCosta co-writes and directs Candyman (she’s in charge of 2022’s Captain Marvel sequel too), so consider us hooked.

The Trial of the Chicago 7
October 16 - Netflix
Also vying for timeliest release of the fall is Aaron Sorkin’s second directorial venture, which chronicles the indictment of seven protestors following anti-Vietnam War demonstrations at the 1968 Democratic Convention. The trial cuts to the heart of an ever-present issue: protests and the role of police. Like some other releases on this list, the cast is utterly stacked (Eddie Redmayne, Sacha Baron Cohen, Mark Rylance, Kelvin Harrison Jr. star, among others). But our favorite bit of actor trivia is this: Yahya Abdul-Mateen II, who plays Bobby Seale in The Trial of the Chicago 7 also played the lead role in Candyman.

Bad Hair
October 23 - Hulu
We’ve all been mad at a bad haircut … but what if it could get mad back? In Justin Simien’s horror-comedy, hair has a life of its own—especially the weave that Anna, a struggling music executive assistant, gets in order to stand out in her image-obsessed industry. We don’t yet know how exactly the hair lashes out against its victims, but we’ll be watching through our fingers.

Ammonite
November 13 - Theaters
Not unlike last year’s exquisite Portrait of a Lady on Fire, Ammonite tells of forbidden romance in Europe centuries ago. Oscar perennials Kate Winslet and Saoirse Ronan play unlikely lovers—Winslet a working class fossil hunter and Ronan an ill wife sent to the seaside by her wealthy husband to heal—separated by class, age, and, of course, taboo. With Academy Award nominees in charge of score and costumes as well, we’re thinking this will be an elegant addition to queer canon.

Soul
November 20 - Theaters
We didn’t think a movie premise could get more creative or internal than that of Pixar’s Inside Out, but leave it to Pete Docter to top his own previous work. In his newest, we journey not into the mind but into—you guessed it—the soul. After an accident renders him unconscious, the soul of aspiring jazz musician Joe is transported to The Great Beyond. But, unwilling to pass just yet, he escapes instead to The Great Before. Sign us up for what’s sure to be a transcendent, imaginative adventure.

No Time to Die
November 20 - Theaters (Ed note: delayed to April 2, 2021)
In No Time to Die, a secret agent is called out of retirement to stop a villain from using a new technology that could destroy the world. If we’re being honest, we’ve seen it before. But in a series like Bond (No Time to Die is the franchise’s 25th) it’s not so much about what you do, but how you do it. That’s why we still see plenty of reasons to watch: the addition of Phoebe Waller-Bridge to the writing team; Bond newcomers Ana de Armas and Lashana Lynch; an Oscar-winning cinematographer, composer, editor, SFX supervisor, and sound team; and the fact that this is the last time we’ll see Daniel Craig as Bond. James Bond.

RELATED: Watch trailers for 'Tenet' and 'No Time to Die'

Happiest Season
November 25 - Theaters
It’s about time a major studio released a holiday film with LGBTQ+ characters at the center. In Happiest Season, Kristen Stewart heads to her girlfriend’s (played by Mackenzie Davis) for the holidays, and she intends to pop the question. But it soon becomes clear that her girlfriend’s conservative family (Mary Steenburgen, Alison Brie, Aubrey Plaza, and Dan Levy fill out the rom com cast) does not yet know she’s gay. Here’s to a big helping of hijinks, heart, and queer holiday cheer.

UP NEXT: You can now watch (some) Netflix originals for free 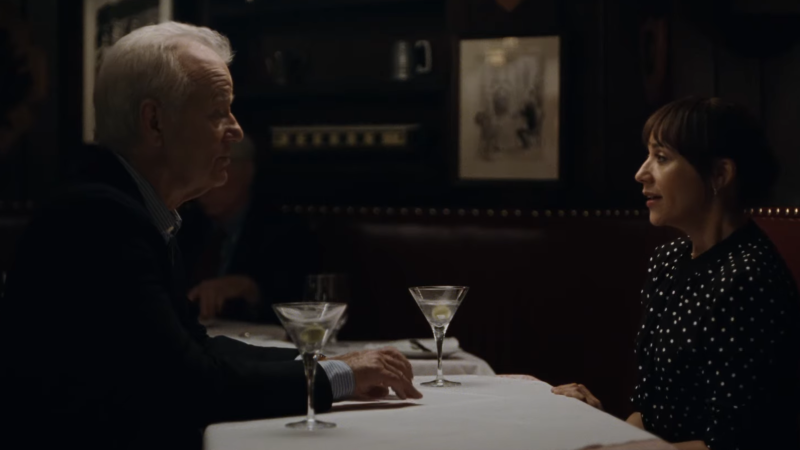 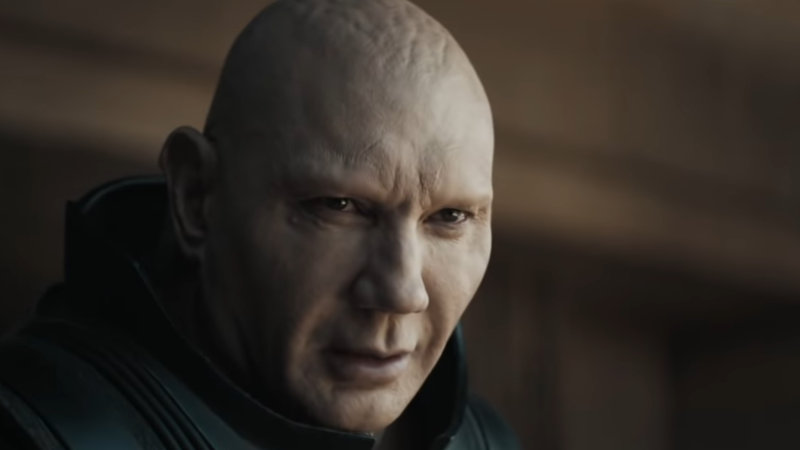 FEATURES
Movie Trailers Trending This Month (Sep. 2020)
Sep 1, 2020
Watch the trailers for the hottest upcoming movies this month — including "Dune," “Tenet,” and "No Time to Die."
A.frame The Academy Academy Museum
© 2020 Academy of Motion Picture Arts and Sciences
Privacy Policy Terms of Use