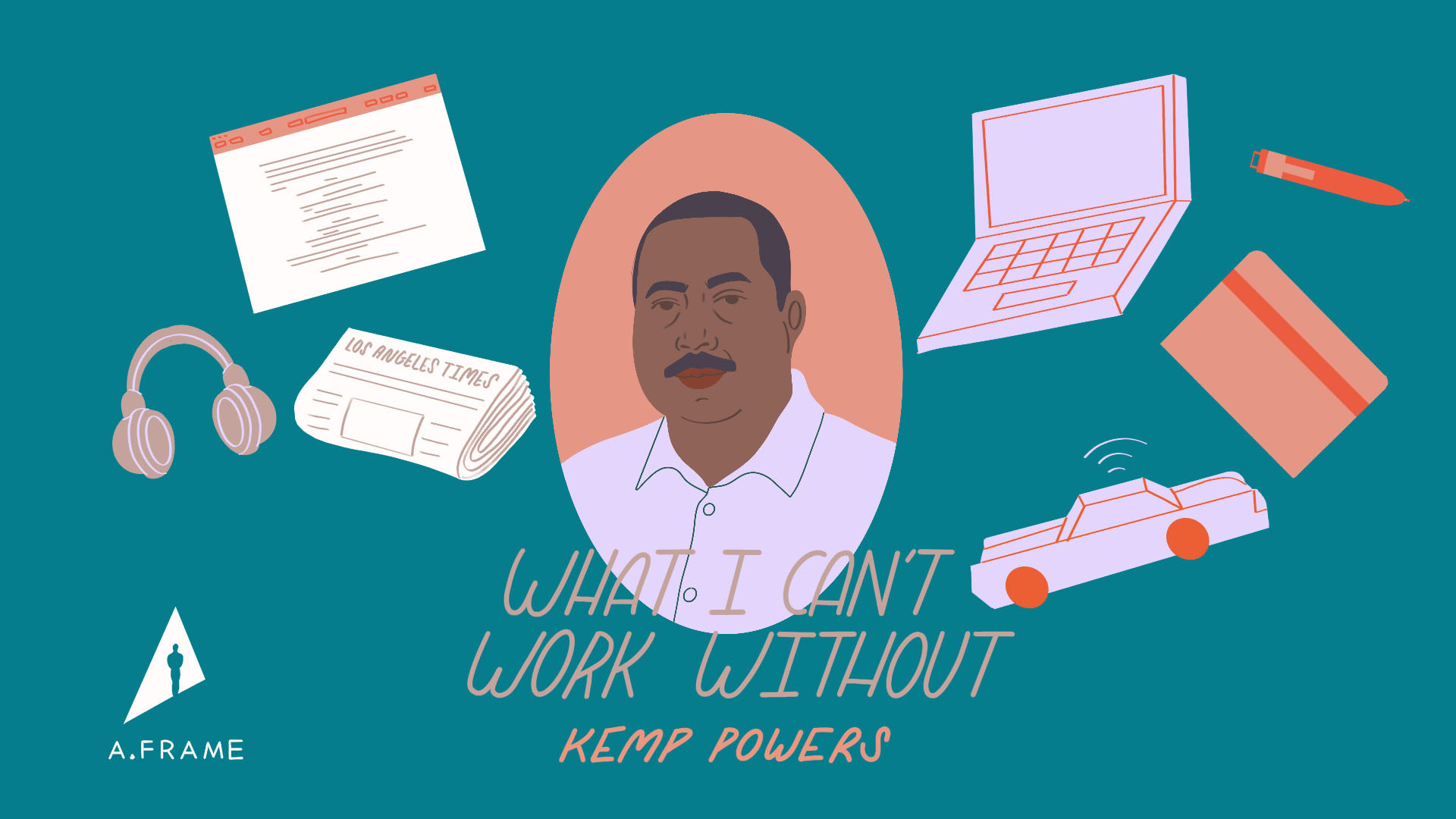 What I Can’t Work Without: Kemp Powers

Kemp Powers began working on Soul, which debuts Christmas Day, as “a writer first and foremost,” he says. The Pixar team had read his work and invited him to watch a very early reel of the film. Kemp joined director Pete Docter, producer Dana Murray and writer Mike Jones to discuss what he liked and where he thought he could contribute to the project. The rest is history. “From the very beginning, they really invited me in and wrapped me into a lot more than most screenwriters are wrapped into, from ideas for casting to edit to dailies to culture trust things,” he says. Kemp left an indelible imprint on the film. “Almost a year into the process of writing the film, Pete and Dana asked me to be the co-director. Everywhere Pete was—design meetings, lighting, sets, characters—I was there as the second voice, the second person for every element of the process.”

Finishing—and releasing—a movie during a global pandemic is no easy feat. As much as the team worked long, hard hours in the office at Pixar, working from home created a whole new set of challenges. “I’m hoping that whenever we come out from under this, we can reestablish somewhat of a work-life balance again,” Kemp says. Until then, here are a few of the tools he can’t work (from home) without:

My laptop stays with me at all times. I write on it, I do everything on it. It’s not uncommon for me to have—for example, I have 14 tabs open right now. I have seven PDFs, four Word documents and two Final Draft documents all open right now.

I have a rough system [to stay organized]. I use a lot of the calendars and all of them are linked to my phone, so when I open up my cell, it’s bringing together my Google calendar, all the various calendars, and then overlapping with the stuff that I manually enter into my phone. That’s pretty much the way I can organize my day. This is my air traffic control right here, so everything I do happens from the laptop and a good WiFi connection.

Soul is a film that we finished after the pandemic lockdown. When we all got locked down, we were seven weeks away from finishing the film. I think we still had close to 40 percent of the animated sequences that needed to be finaled. When you do reviews, you have entire teams on your Zoom and you’re being shown clips of the film that you are then giving notes on and finaling. The laptop is for way more than just writing or sending a document. You’re having meetings. You’re quite literally making the movie on your computer.

I actually have WiFi in my car. There are so many things you can’t do on a phone, so I can pull over in my car and snatch up the laptop and send a file or do something really quickly. But the laptop stays with me at all times.

I live in Los Angeles, and one day, I was all the way across town and for some reason, a document wasn’t attaching on my phone, so I had to fight through traffic to get to the house to get on the WiFi to send a document. It was something that would have taken all of one minute, and it took two hours.

In the course of those two hours, it’s Los Angeles so you’re trying not to have an accident. Shortly after that, on a trip to London, in the cab from the airport, [the driver] gave me a WiFi password so I was like, “Wait a minute, this cab has WiFi in it?” He was like, “Yeah, they all do.” When I got back home, I quickly looked up, “Can you get WiFi in your car and how do you do it?” It turns out the car model I have, an Audi, that was an option.

I tell other writers, “You have to get Final Draft software.” And if someone is like, “Oh, well I’ll just do it in Word,” it’s like—no. An artist wouldn’t be like, “I can’t afford paint.” Final Draft is just the standard software for screenwriting and also for writing plays. You can’t really write without that.

You can also track revisions. That’s another thing that’s so great about it. You slug the file so that you see who was the last person that worked on it. Anything that I’ve worked on is slugged with a KP, whereas if Pete’s done something, it will be slugged with a PD, and if Mike Jones has done something it would be slugged with an MJ. The various slugs allow you to track who was the author behind that version of the scene, and then you also have your tracking revisions in it. You either track revisions by color or you track revisions with an asterisk so any change that person has made to the previous version of it is marked with an asterisk. It’s a really, really easy tool for collaboration with multiple editors.

I never really close doors. An open door at home is an invitation to come in. I don’t know, I just don’t like closing doors. It’s suffocating. I prefer to keep doors open and just put on my noise-canceling headphones, so that’s more of a physical indicator to people that I’m busy.

And music is just a constant. It’s almost a distraction at times. Sometimes I’m listening to music and I have to stop [writing], and then I go down some playlist rabbit hole for 45 minutes or an hour. I’m like, “This is making me think of this,” and the next thing you know, I’m off on a Spotify sojourn. I’m gone. Or some friend shares a new piece of music with me or some new artist. Music is always on in the background. I’m always thinking about it. Another reason why Soul has felt like a perfect fit is that it’s this dramatic family story, but music is the throughline—that’s right up my alley because of how much I love music.

I’m a former journalist and I still consume a lot of print media. A lot of it I consume online. I read every day. I read my New York Times, my LA Times, my Washington Post. Those are the three that I read every day. The Wall Street Journal a couple of times a week. I’ve got my magazine subscriptions: The New Yorker, Vanity Fair, Entertainment Weekly, just for fun, even though it comes out monthly now.

I only get the print version now of the LA Times, everything else I read online. I’m the guy that still has a ton of magazines delivered to his door every day. Before COVID, I would usually hit the newsstand about once a month and go on a magazine run. In those instances, I’d walk away with 15 or 20 magazines because there are some magazines that are new to me or there’s an interesting cover subject. That’s going to run the gamut from American Theatre to Harper’s to some magazine I’ve never really even heard of. I just really like print. I used to write for half of these publications.

I describe to people what I do and they’re like, “Oh, you’re a playwright. You’re a screenwriter.” I’m a storyteller. I love good stories and I love a story well told, more importantly. That’s really all I’m feeding. A lot of the ideas came from the thousands of people I met in interviews when I was a journalist. I always like to tell people, “I spent 17 years telling everyone else’s stories.” And I met so many interesting people and those people exposed to me lots of different ways of living, lots of different lifestyles and I pull from that on a regular basis when I’m thinking about the stories that I’m now creating.

Even though I can’t live without my laptop, for some strange reason, I still write on paper first. I fill journals with everything. I do things on paper before I transfer it to the computer because a lot of times I’ll be out and about and I’ll have ideas or I’ll be just in a different part of the house and I don’t want to open the computer yet, so I’ll make lots of notes or dialogue. I’ll have pages filled in a journal so that the next time I open up the computer, I process it and put it in there. If you look through my office, you will find boxes and boxes of journals like this [points to Pixar-branded journal], that if you went through them, you would be able to track pretty much everything I’ve ever written started in paper form.

Moleskine is my default. Always lined, never gridded. Lined journal is my everything. In fact, I can’t even write on grid or blank. For some reason, it throws me off. Obviously, being at Pixar, they have all of these Pixar-graded journals so I’ve got 20 of these, but generally speaking, it would be a Moleskine. I go softback or hardback, but I do enjoy the feel of a hardback journal. And I keep pens handy. Never pencil. I’m a lefty so it’s smudge city. 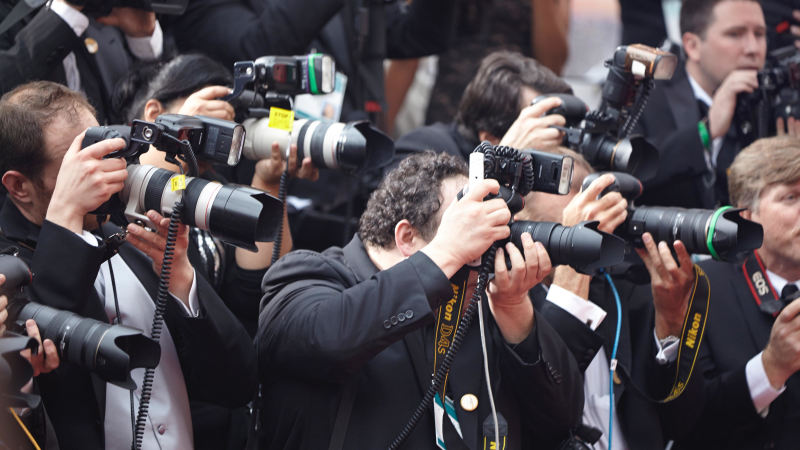 FEATURES
Your Weekly Oscar Roundup
Feb 26, 2021
There’s always a ton of chatter going on during Oscar season. We thought we'd help you cut to the chase. Here's our weekly breakdown of all the stories worth the strain on your tired eyes. 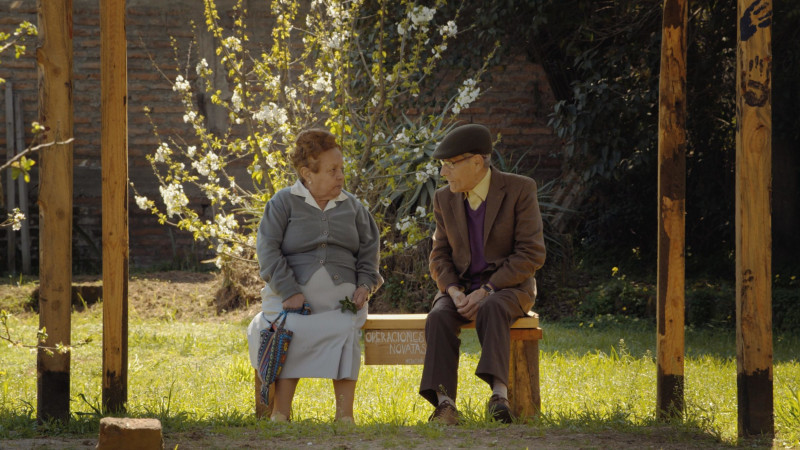 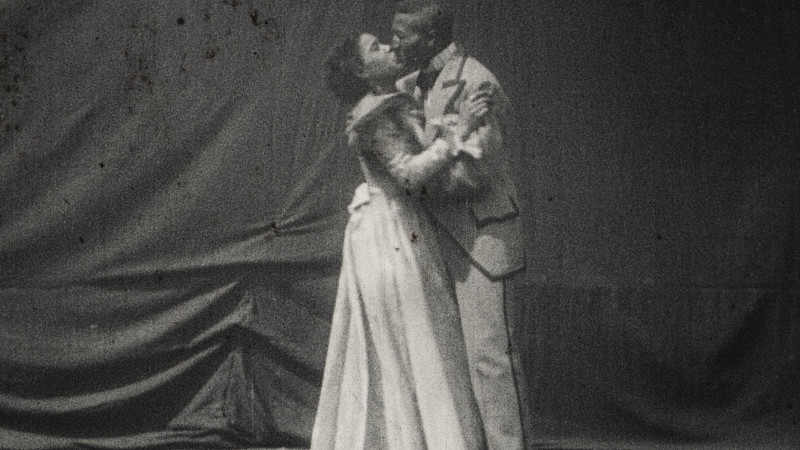 FEATURES
A Piece of American Film History in Norway
Feb 25, 2021
An 1898 film reel uncovered in a Norwegian village offers a new glimpse into the history of “Something Good — Negro Kiss.”
Subscribe to our newsletter
A.frame The Academy Academy Museum
© 2021 Academy of Motion Picture Arts and Sciences
Privacy Policy Terms of Use