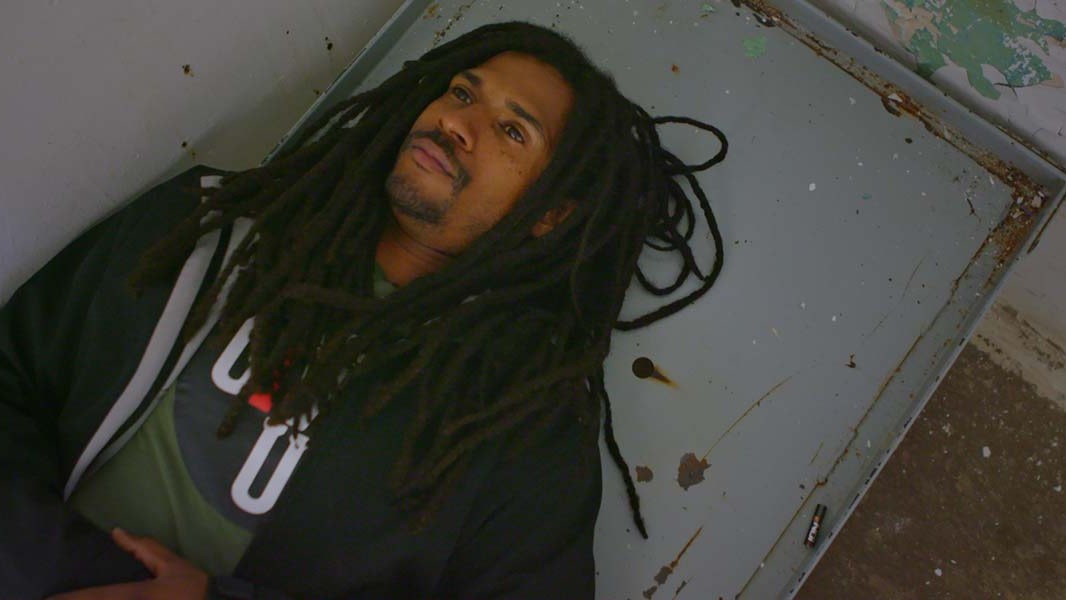 The Making of a Man: How Producer Tommy Oliver Came to Be

Tommy Oliver listens intently to a rundown of his skills.

“All of those things I love, except acting. I have zero interest in being in front of the camera,” he says with a laugh.

Admittedly, his few onscreen moments were cameos, but when asked about his early dreams, it’s clear that he was thinking ahead. “I’ve always loved the idea of the Renaissance man, the Renaissance woman; those people who can do many different things and understand the ways those things work together and also, how you can [create] something greater than if you’d just focused on one thing,” says Tommy.

That idea, that philosophy, seems to suit him well, as evidenced by the work he puts in at Confluential Content, the production company he founded in 2015 and leads as CEO. His wife, Codie Elaine Oliver, serves as a partner, too. The company, which encompasses Confluential Films and Black Love Productions, produces everything from small indies and limited series to studio films and docuseries. To date, their projects include the thriller The Perfect Guy, with Sanaa Lathan, Michael Ealy, and Morris Chestnut; the Sundance World Cinema Dramatic Audience Award winner Kinyarwanda; and the in-pre-production drama The Perfect Find, starring Gabrielle Union. The mission? “It’s about exploring the human condition, while championing authentic voices and making sure that the people who are telling the stories are the ones who should be telling the stories,” he says.

Speaking of stories, he and Codie created the docuseries Black Love, currently in its fourth season on OWN. Along with showcasing the love stories of an array of Black couples, the series, which the Olivers own and co-produce, has expanded into a movement that includes live events and a vibrant social community. “[As Black people], we don’t get to see ourselves in this way,” he says, “so Codie and I have been able to build [the brand] in an organic way because this conversation is needed and it’s important.” Tommy and Codie Oliver behind the camera

Tommy’s forthcoming HBO documentary, 40 Years a Prisoner, which he wrote and produced, shines a spotlight on the 1978 police raid of the Philadelphia-based Black liberation group Move. “The film is a byproduct of a narrative project I’ve been working on,” he says. “I’m a research junkie, so after going through eight books, 60 articles, and 72 boxes of archives at Temple University, I realized there was still more I didn’t know. Beyond that, it became apparent that 40 years ago, Move was fighting the same things we’re fighting today: systemic racism, police brutality, wrongful incarceration.”

40 Years a Prisoner premiered at the Toronto International Film Festival in September— virtually, of course, due to COVID-19—marking the second time his work has been featured at the festival.

In 2013, Tommy traveled to TIFF to unveil his feature film, 1982. As fate would have it, the festival is also where he met Codie, whom he wed in 2015. The couple are now parents to three boys: 4-year-old Brooks and nearly 2-year-old twins Aristotle and Langston.

To hear Tommy Oliver speak about the film—which he wrote, directed, produced, and co-edited—is to gain an understanding of how he came to be who he is.

Starring Hill Harper and the late actress Ruby Dee in her final role, 1982 is about a father torn between saving his drug-addicted wife and protecting their young daughter. Swap out the daughter for a son and the semiautobiographical story mirrors Tommy’s own upbringing, with one major tweak. “The biggest change from what happened in my life [compared with] the movie is that the dad, Tim, is the main character in the film, but in real life, there was no dad,” he says. “Tim is a combination of who I wish had been there and who I hope I might have been in a situation like that.”

The circumstances of his early life informed who he wanted to be, starting with being present and productive as a man and later, as a husband and father. “Because I grew up in an environment that I didn’t want to raise a family in, I wanted to educate and position myself as best I could to be the dad that I didn’t have,” he adds.

Raised by his grandmother, Nanny, in Philadelphia—in West Oak Lane, on Andrews Ave., between 72nd and Dallas, to be exact—Tommy was often buried in a book. “I read everything—Rich Dad Poor Dad and The Prince, to The Road Ahead, The Iliad and Flowers for Algernon, which is still one of my favorites,” he says. In 10th grade, he picked up a camera for the first time and began shooting here and there. At Carnegie Mellon University, he double-majored in economics and digital media, minored in economics, and by junior year, he’d shot, produced, and co-edited a film. He did the same as a senior. Not surprisingly, his education, coupled with focus and drive, served him well then and still does today. “I’m a bit of a weirdo in that I love the creative side as much as I love the business side as much as I love the tech of it all,” he says.

So, has he arrived where he thought he might be, professionally? Well, yes … and no. “Growing up, I was probably a bit naïve in my belief in the power of film and TV making a difference,” he explains. “I had no idea that I was going to be filmmaker, but I knew I wanted to do something that was challenging and also, had the ability to [yield] something positive.” He’s done just that, and, as a newly minted Academy member, continues to do so, yet he’s also aware that it doesn’t begin or end with him. 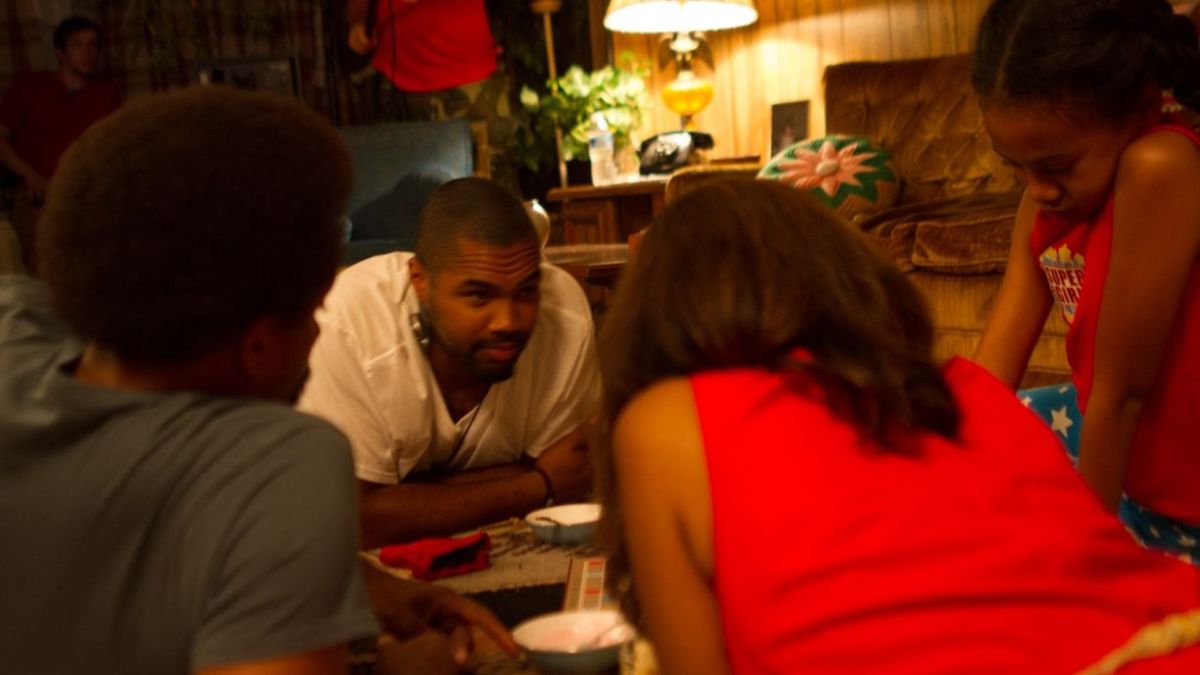 Tommy on the set of “The Perfect Guy”

When asked to define success at this point in his journey, Tommy ponders for a beat. “Success means being able to make stuff that I’m proud of, while spending time with my family and people that I care about … and making a lasting impact. In many ways, I think success is measured by the people around you and also, reaching back to help others.”

As for his role as a family man, he remains focused on living the life he once envisioned. “I want my children to know that their dad adores their mother, that he’s there for them and will always be there,” he says. “I want to be their example of what it means to be a good person who leads with integrity, at all points.” Young Tommy would be proud. 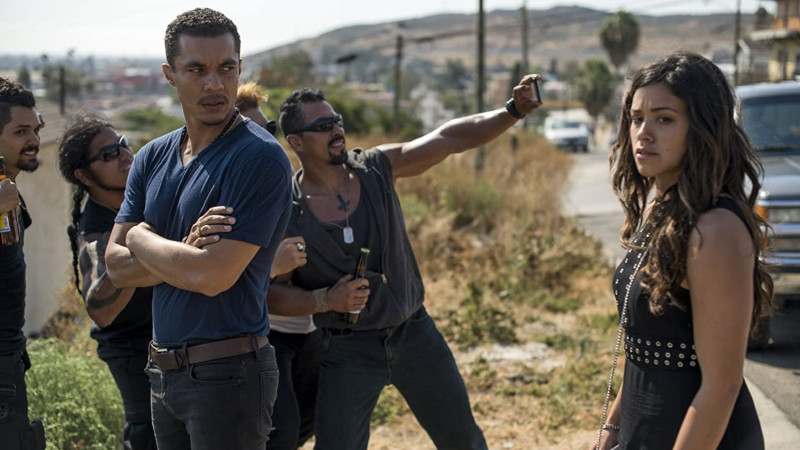 FEATURES
Fighting for Authenticity in Casting
Jul 23, 2020
With every project she takes on, casting director Carla Hool carries the same critical mission: to open up possibilities for Latino actors.
A.frame The Academy Academy Museum
© 2020 Academy of Motion Picture Arts and Sciences
Privacy Policy Terms of Use