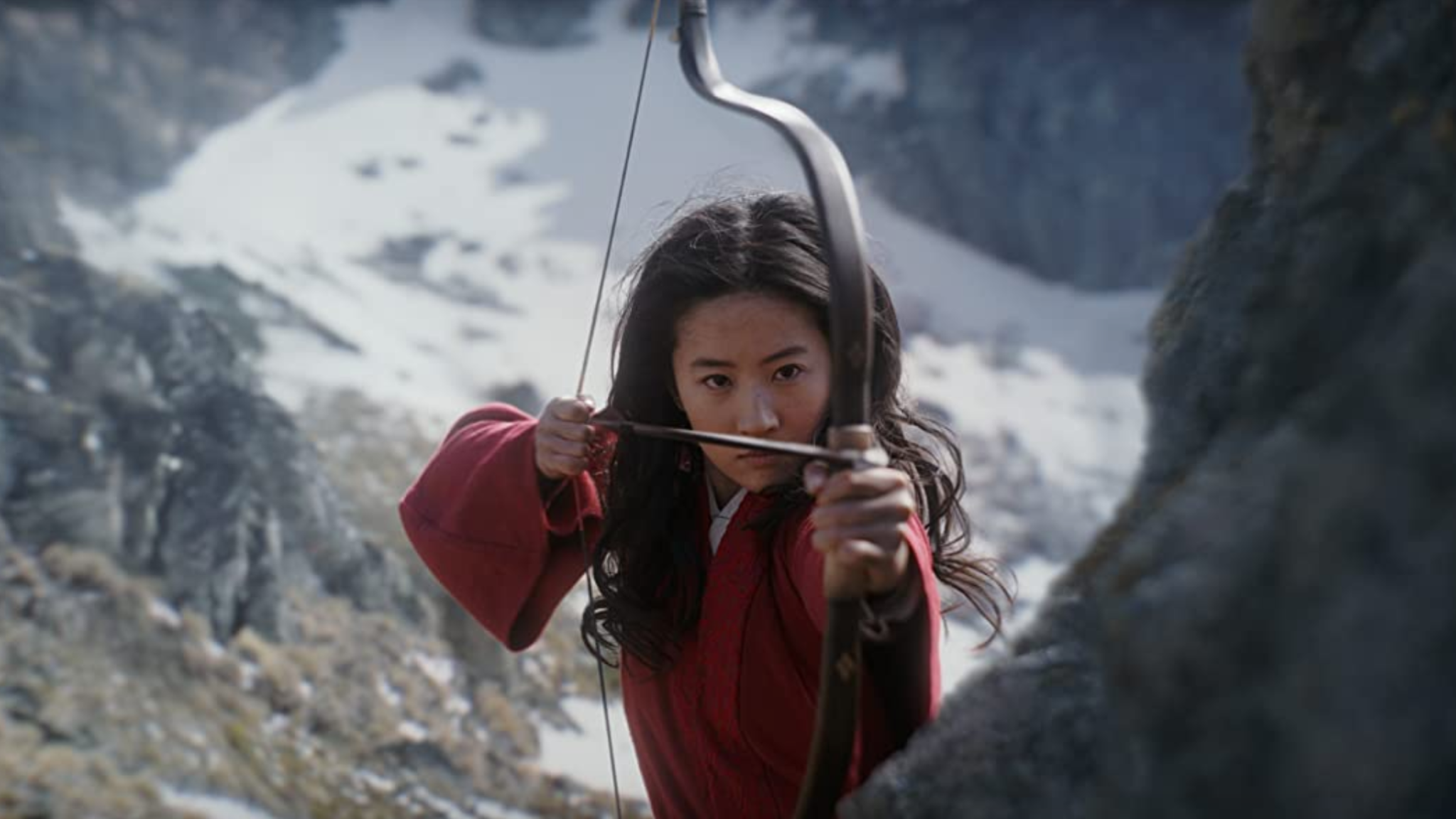 If you’ve ever seen Princess Jasmine or Mulan sing, you’ve heard the voice of Lea Salonga. A singer and actor for over 40 years, Lea has played iconic roles both onscreen and onstage, including in the 1998 animated version of Mulan. This week, purely as a movie fan, she’s gearing up to see her role reprised in Disney’s live-action remake, available for purchase on Disney+ September 4.

“I’m probably going to hole up somewhere in my house with a lot of snacks and plenty of water and I will just be sitting cross-legged, watching,” Lea said. “I’ve been waiting since March 20th to see this movie. I’ve got friends in this movie so I want to be able to cheer and clap, even if it’s just me and my family watching.” And although the film wasn’t released in theaters as planned this spring due to the COVID-19 pandemic, “it’s a matter of making the best out of a bad situation,” Lea said. “This is something that’s beyond anybody’s control.”

“I want to be able to just take it all in and see all of that Asian beauty and badassery on that TV. I cannot wait.”

Making history at the Tonys

Lea began doing musical theater at 7 years old in her native Philippines. But it was only while she was working on Miss Saigon in London that she finally decided, “This is really it. I’m not going to be doing anything else in my life.” And she hasn’t looked back.

Lea won the Tony for Leading Actress in a Musical for Miss Saigon on Broadway in 1991, becoming the first actress of Asian descent to win the prize. “The Tony Awards were the one award show that I really took interest in. I remember watching Chita Rivera. I remember watching Jennifer Holliday. Those two left a mark,” she recalled. “So when I was sitting at the Tony Awards with my brother, who was my date the year I won, I couldn’t believe we were there and that we were actually going to get to see it a few feet in front of us. The impact was nuts.”

At the time, Lea said, “I don't know that it really entered my mind that I was representing a woefully underrepresented chunk of the population. But for the show to run for 10 years on Broadway and more than 10 years in London, and for there to be a touring production going all over the United States ... It means that more and more Asian actors can look to doing theater as a viable livelihood option. You don’t have to be a doctor or a lawyer.”

Lea grew up watching Disney musicals, like The Rescuers, and listening to storybooks on tape. “Instead of my mom reading me a bedtime story, she’d turn on the Disney storybook tapes. Some of them got eaten up by the machine. Dumbo and Cinderella survived. I think Pinocchio got eaten up, but I do remember seeing the film anyway, so it’s fine.”

She closely followed the Disney princess renaissance, beginning with The Little Mermaid and Beauty and the Beast. Then it was Aladdin, which marked Lea’s Disney break. “It was a sweet beginning,” she said. “The casting director, Albert Tavares, left a really nice note at the stage door of the Broadway theater [during Miss Saigon] that said, ‘We’ve been trying to look for you. Can you please give me a call?’ I got to meet him at the audition, but he passed away a few months after that.”

Also present at her audition: Alan Menken and Tim Rice. “Those two do not leave my memory because of who they are to many musical theater people. I mean, Alan Menken—nevermind Mermaid and Belle. I’m looking at Little Shop of Horrors in front of me! And with Tim Rice, it’s Jesus Christ Superstar and Evita.”

She sang “Part of Your World” from The Little Mermaid: “Of course, I had to sing something that sounded Disney princessy.”

“And the next time that I sang for anybody, it was for a recording of the demo of ‘A Whole New World.’ So I guess I got the job,” she said.

“A Whole New World” won the Oscar for Original Song in 1993. Lea Salonga and Brad Kane performed at the ceremony.

Lea’s Mulan audition took place in her native Manila. At the time, the film was going to be written by Stephen Schwartz, so she sang a song he had composed, “Written in Stone,” which didn’t end up making it into the final version.

As with her Miss Saigon Tony win, Lea didn’t see the monumental impact a princess like this would have until after the fact. “I started to see a lot of young girls, Asian or otherwise, dressing up in this costume for Halloween. That’s when I realized, ‘Okay. It’s not just that she’s Asian. It's that she’s Asian and a warrior.’” 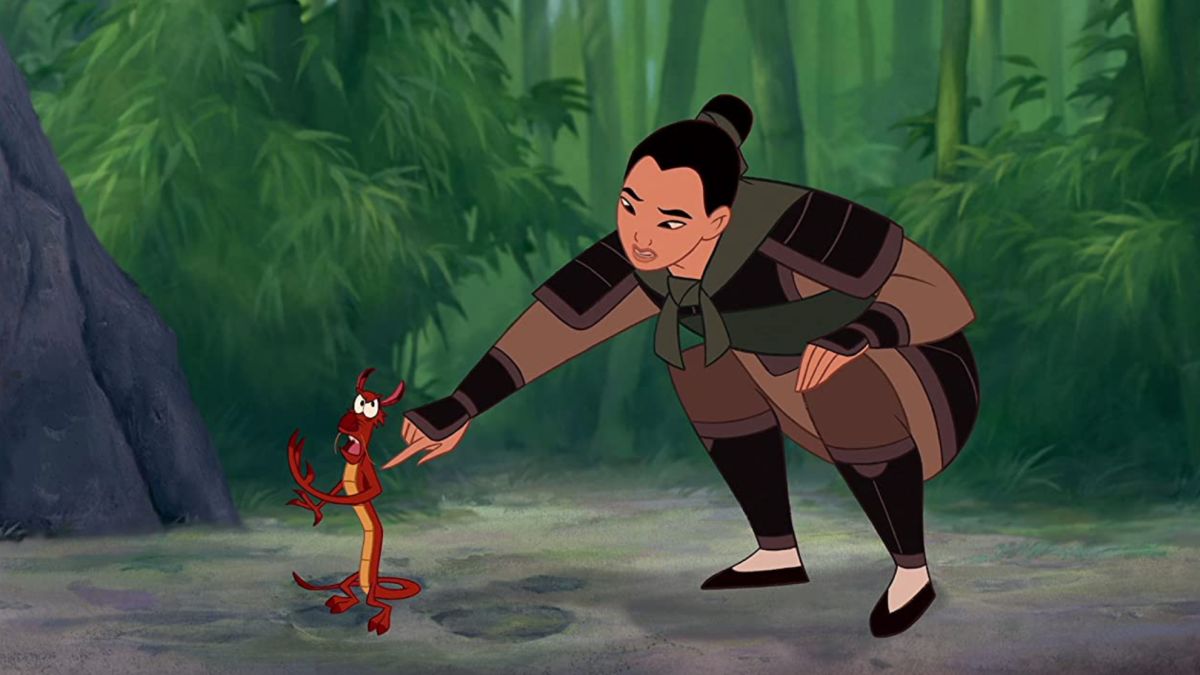 “She’s an Asian that can fight and defend herself and speak up for herself and is somebody who was always very headstrong and stubborn—something that we want our young girls to look at and be. That people of different races were looking to this Asian girl for that, that’s the part that got me.”

Mulan for a new generation

The Niki Caro-directed live-action feature, Lea believes, will have this same impact all over again “because you’re actually seeing a flesh-and-blood human doing this. It’s not a cartoon anymore, where everything is possible at the end of an artist’s pen or paintbrush. It’s going to feel different.”

Sword fights on rooftops are nothing new, Lea concedes, pointing to the fight sequences in Crouching Tiger, Hidden Dragon and a slew of Hong Kong action films. But, as a moviegoer, “It’s going to be very exciting to see that in a story that originally came to light in 1998. Here we are 22 years later, in a new form. There’s going to be a familiarity to it, but there’s also going to be something new. Gong Li’s role did not exist in 1998, but here she is. And it’s Gong Li so I cannot wait to see what she’s going to do.”

Li will play a shapeshifting witch in the remake. As far as other departures from the original, Mulan (played by Liu Yifei) now has a sister and her love interest isn’t her commander but one of her peers. Commander Tung is played by Donnie Yen. Tzi Ma, Rosalind Chao, and Hoon Lee—some of whom Lea collaborated with on Flower Drum Song on Broadway—also star. “I get to cheer on the people that I know,” Lea said. “So I’m just waiting for my friend to come in on horseback and call out the names of the men that need to enlist in the army. I’m like, ‘Yes, oh my God, you!’”

“I’m really excited to see familiar faces as well as new faces that I think are going to be movie stars for this generation—not just in their native countries, but everywhere.”

Lea doesn’t recall much of the fanfare leading to the release of the original, but she recognizes how that movie paved the way for this one.

“It’s taking a story that’s already existed. There’s a lot of good fortune and goodwill because Mulan is such a beloved character. And I think that she is beloved not only by people of color, but by anyone that recognizes a woman who has been told that there are things that she cannot do.”

Lessons from Mulan—and her mother

The lesson Lea hopes young women take away from the story is “that their destiny really lies in their own hands. That it’s up to you to make the decisions, to take the reins and run with it.”

She credits her mother, a homemaker and her manager, with teaching her this from a young age. “She did not allow herself or either of her children to exist at the whims of the so-called man of the house,” Lea said. “She was not going to live that way, which is something to really admire.”

Those traits are ones she appreciates in Mulan and she’s excited to see them once again. “I look at this character on the screen as the 20-something woman who sang for her and go, ‘Oh my God, I look like her and she looks like me. And I gave her her singing voice.’ It’s emotional. I get choked up thinking about it.”

“And now, my daughter is going to be able to look at this and think to herself, ‘Oh my gosh, I look like her. She looks like me.’”

“I think a lot of Asian actors and a lot of actors of color have been pushing for greater representation, but Mulan is getting it in a big-budget action-drama film that a generation of Asian performers will be able to look at and be like, ‘Wow, it happened in my lifetime.’”

“And for me, personally, it didn’t just happen once. It’s happening twice. I got to be part of the first one. And now I get to be in the audience with a bowl of popcorn for this second one.” 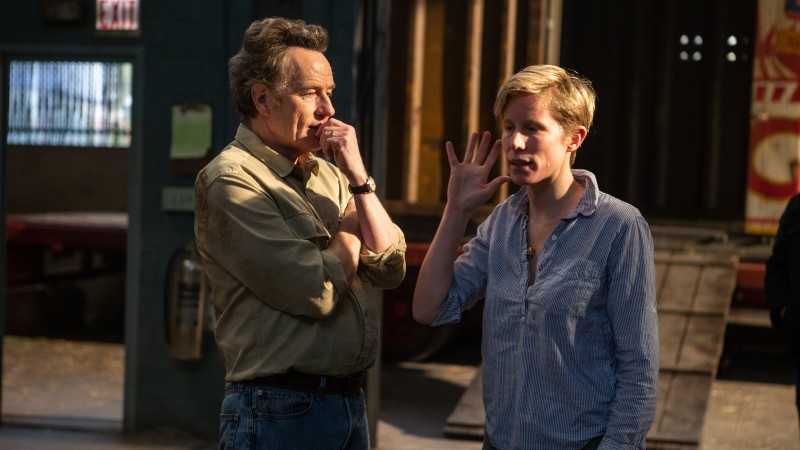 FEATURES
How Thea Sharrock Makes Authentic Moments
Aug 19, 2020
The “Me Before You” director returns with the hybrid CGI/live-action tale “The One and Only Ivan.”
A.frame The Academy Academy Museum
© 2020 Academy of Motion Picture Arts and Sciences
Privacy Policy Terms of Use