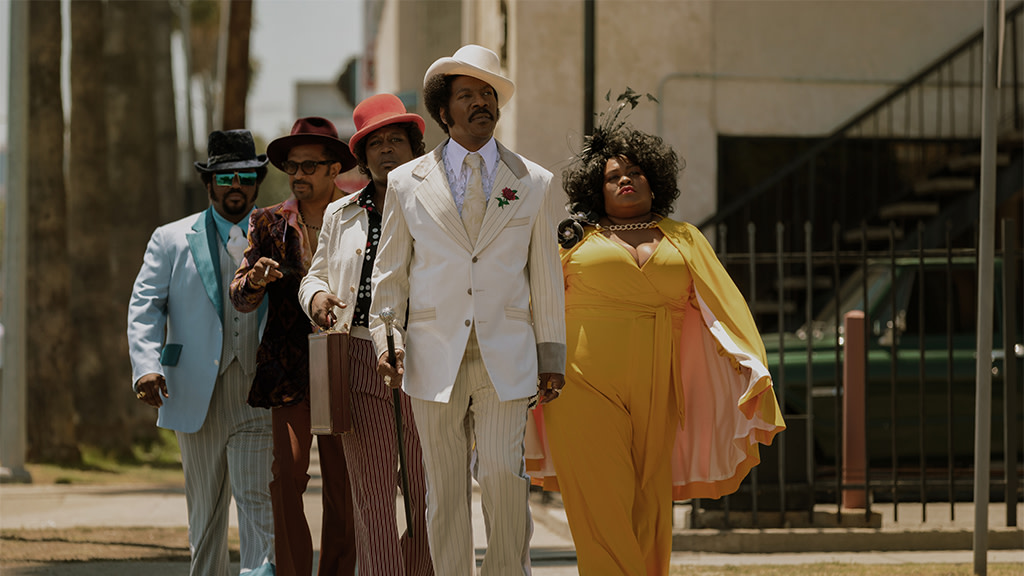 One of the most outrageous names in stand-up comedy in the 1970s was Rudy Ray Moore, who channeled local tales about a character named Dolemite into a low-budget 1975 action comedy that ended up turning into a smash independent hit and immortal home video favorite. While continuing his career making adults-only comedy party records, Moore embarked on a film career that also included such cult classics as The Human Tornado (1976) and Disco Godfather (1979). For 16 years, the writing team of Scott Alexander and Larry Karaszewski sought to bring Moore’s story to the screen with star Eddie Murphy, who regarded it as his dream project. Finally that day came in 2019 with Dolemite Is My Name, and both writers paid a visit to the Academy in New York along with production designer Clay A. Griffith to reveal how this project came to life.

No strangers to sensational true stories after writing Ed Wood (1994), The People vs. Larry Flynt (1996), Man on the Moon (1999), and the American Crime Story limited series The People v. O.J. Simpson, Alexander and Karaszewski first met as freshmen at USC in 1981, recalling “We were in line to have our pictures taken for the meal plan card” which led to bonding over splatter pioneer Hershell Gordon Lewis. Exposure to a trio of Rudy Ray Moore trailers on the VHS compilation The Best of Sex and Violence sent them scrambling to find the full movies. “We were obsessed with Rudy Ray Moore for a long time,” Karaszewski recalls. “I’d seen him perform at Club Lingerie in Los Angeles. Then one day, 16 years ago, we got a phone call, completely out of the blue that basically said Eddie Murphy wants to meet you.” 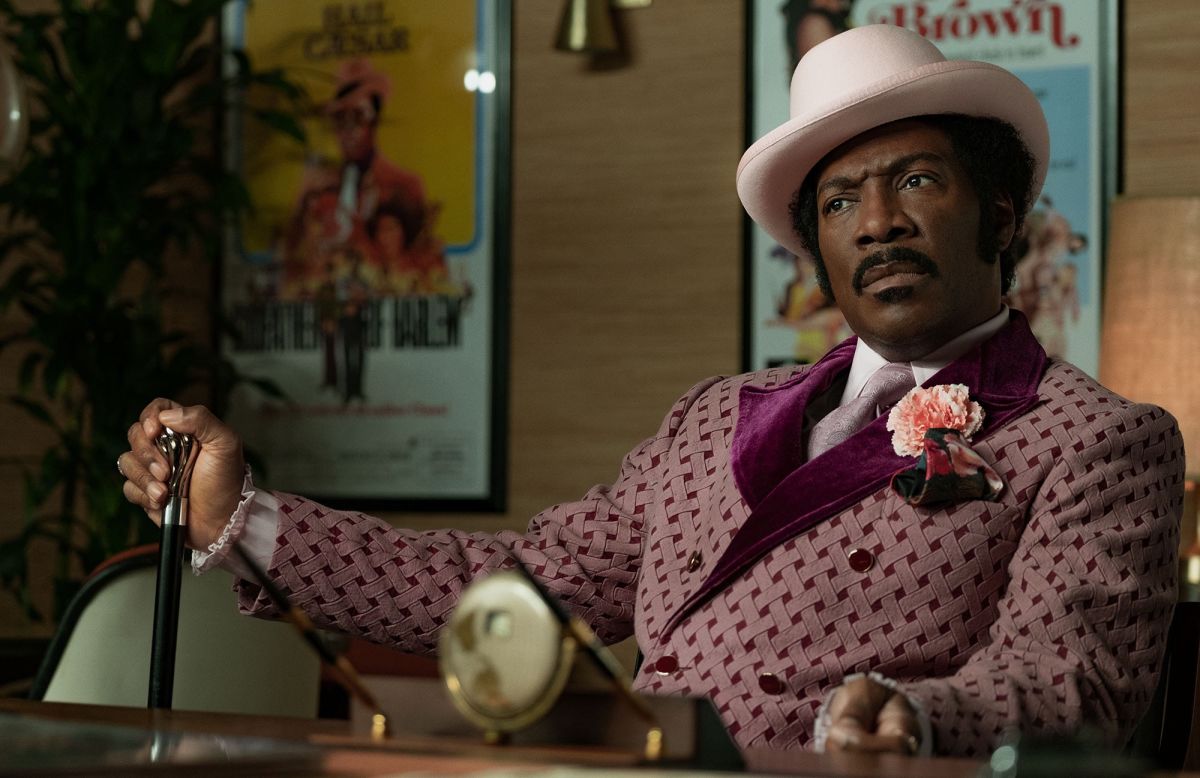 As it turns out, Eddie Murphy was a fan of their Ed Wood script and, according to Alexander, “has this steel trap memory for dialogue. He’s playing Tor Johnson, he’s playing Bela Lugosi.” Alexander continues, “We then met with Rudy, and Rudy told us his stories. He was very pleased with the idea that he would be turned into a major Hollywood production. Rudy always liked attention. Eddie’s a big star and, ‘Oh yeah, well Eddie should be playing me. He should be so lucky!’” However, getting the film off the ground turned out to be something else entirely; as Karaszewski sums it up, “We tried setting it up and nobody really cared. This was a hard movie for previous studios to understand. It’s the sweetest movie where they say ‘motherfucker’ three hundred times… Then a few years passed and Rudy Ray Moore died, and we felt terrible that we let him down.” 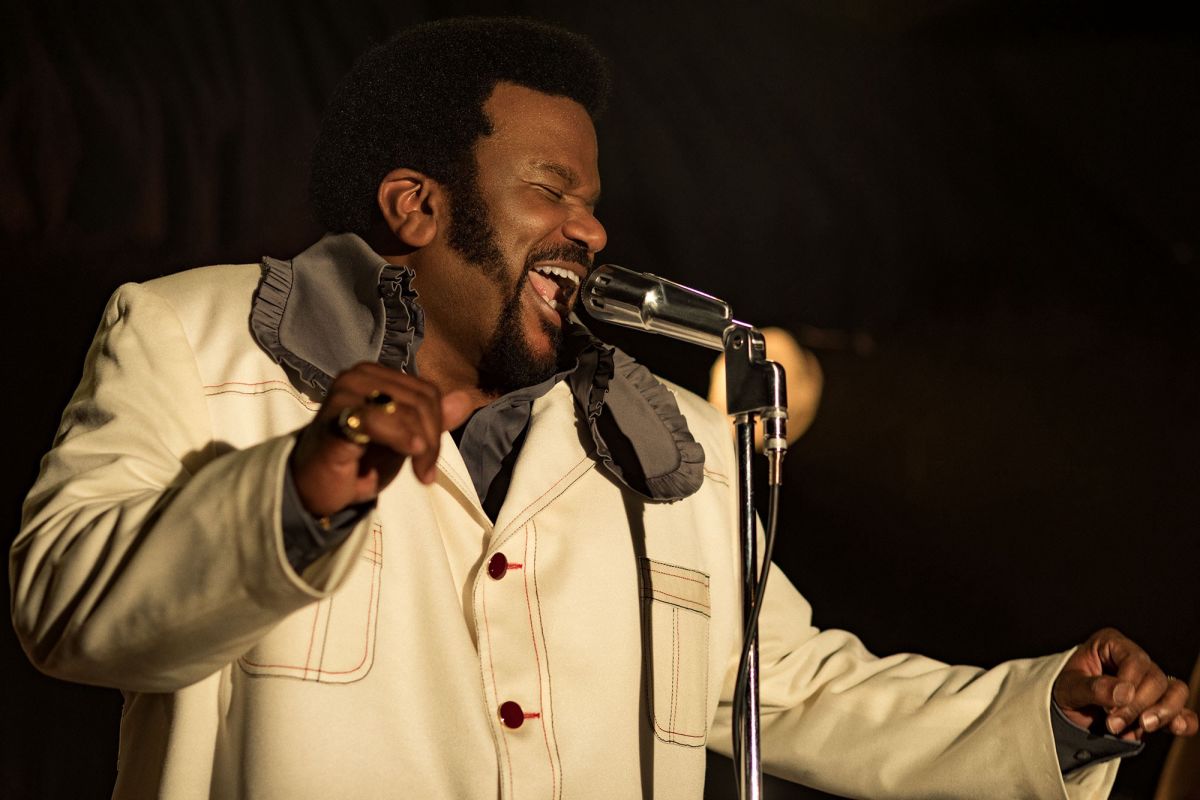 However, the success of their O.J. Simpson series gave them a window of time pitch their next project to Netflix. As Karaszewski recalls, “Because we had such a terrible time pitching it 16 years ago… we figured we’d really have to educate the people about the importance of Rudy Ray Moore and what he means to the African American community, to the comedy world. So we had this big, long speech laid out and we started doing it. Luckily, Ted [Sarandos] was in the room and just cut us off, and said, ‘Oh no, no, no. I know who Rudy Ray Moore is. I got my start in the business in the video tape industry. You know, the video stores. Every store had 10 of those tapes and that’s what kept them in business. I know how important he is. I know how much he’s loved.’ So literally our whole pitch went out the window. Then Eddie stood up and just started imitating Rudy Ray Moore and we sold it.” 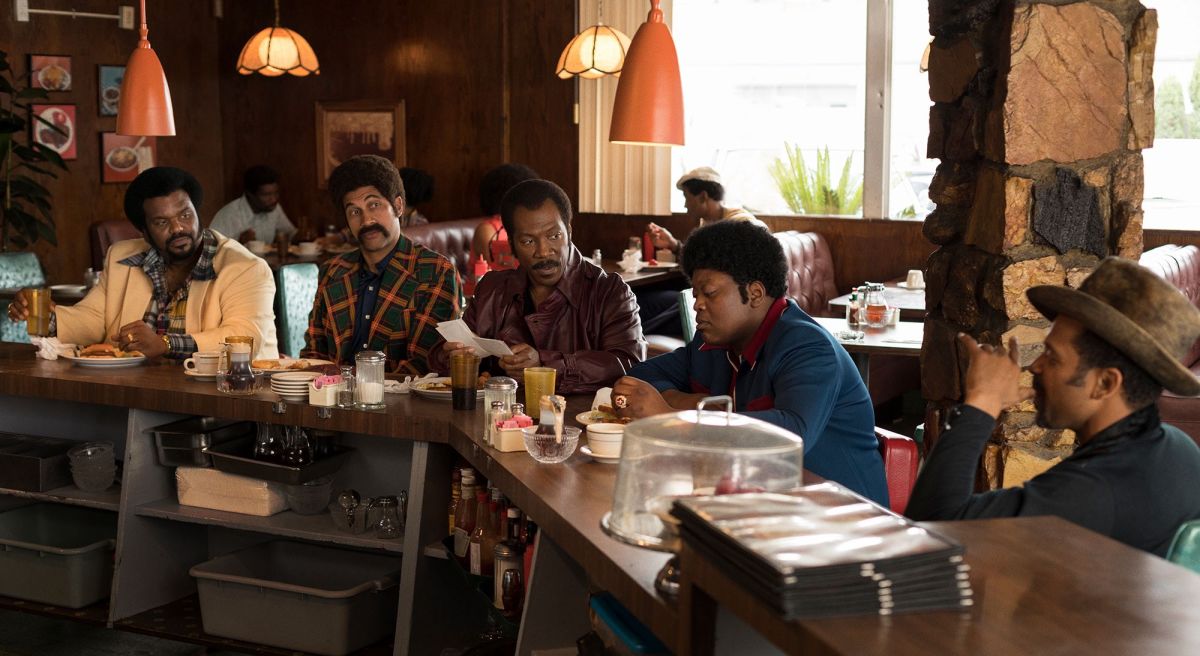 Putting the film together meant connecting with many of those who had working with Moore including actor Glynn Turman, frequent collaborator Jerry Jones, and cinematographer Nicholas von Sternberg (son of Josef), who even visited the set during a Dolemite recreation. Alexander notes that, unlike this story was a depiction of a kind of cultural segregation in the entertainment community:

“In terms of all these black performers, singers, actors, actresses and writers who are in Hollywood in the ’70s, it’s post civil rights but they couldn’t get work. Or they would get bit parts in studio movies or in TV shows… Half the movie is really about representation and black artists not being able to get past the gatekeepers and having to do it for themselves.”

Bringing the world of 1970s Los Angeles to life fell to Griffith, who worked with director Craig Brewer to base the look on the gritty city itself, the “Chitlin’ Circuit” frequented by Moore and his fellow comedians, and the look of the films themselves. The grayed-out look of the cityscapes was partially inspired, Griffith says, by “Kerry James Marshall, who’s a contemporary African American artist. But the colors that he uses, we use it as our L.A. Bible with photographic research as well. They were all earth tones that were deep and sort of grayed out, and just beautiful.” Eventually amassing a tally of 89 locations and 118 sets, the crew even managed to secure some of the original Dolemite locations because, Karaszewski says, “We had a location manager who was obsessed. The scene outside where he kicks a guy and a guy goes into the trunk, that’s the actual house from Dolemite. It hasn’t changed. It’s stuck in time, and we shot there. The only thing different was that we had a permit.” Nicholas von Sternberg had even kept the original slate from the original film, which is the same one you see here. 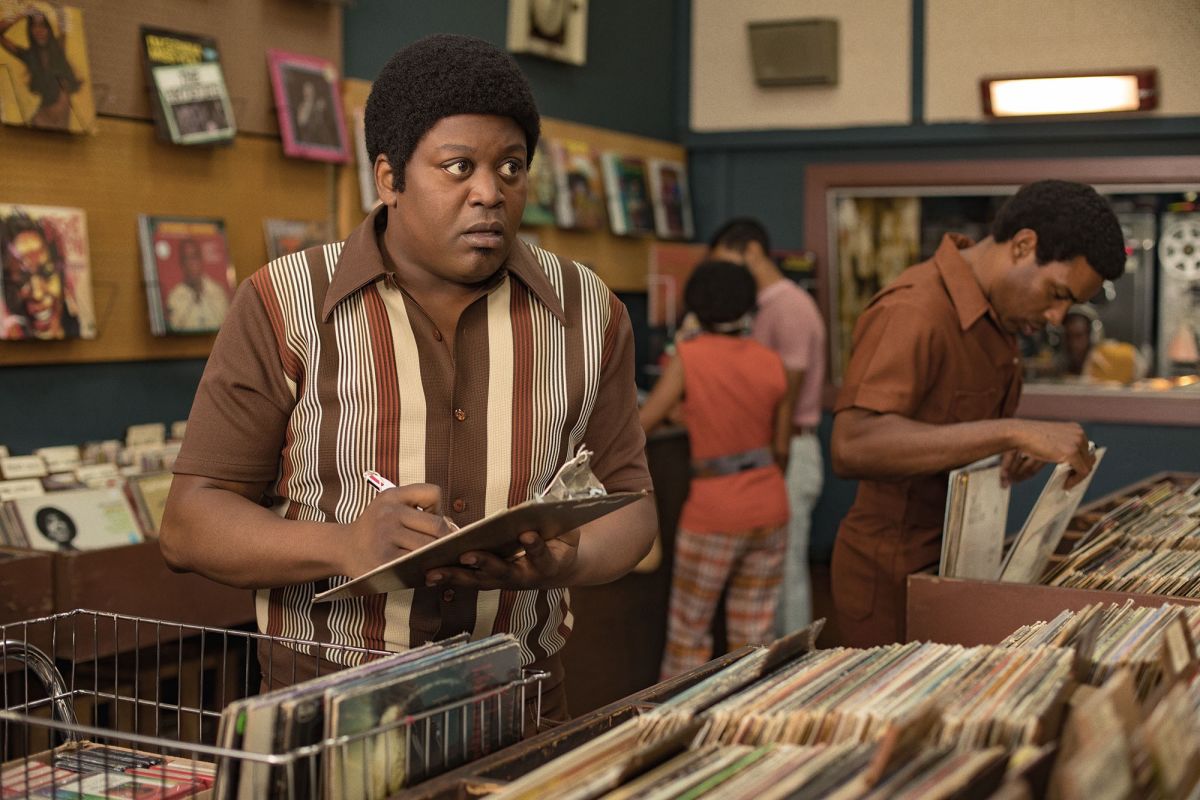 The fact that the film was being shot at the same time as Quentin Tarantino’s Once Upon a Time in Hollywood meant that, according to Karazsewski, you could have “three blocks of 1969 Hollywood and then two blocks of 1975 Hollywood. We got in a little war with Quentin; he was able to recreate Hollywood Blvd. but every time he would make some marquee, he’d send us the picture and then we’d send him our marquee. We would go back and forth like, ‘No, ours is better than yours.’” Alexander adds, “He’s like, ‘I got The Wrecking Crew.’ We’re like, ‘Yeah, we got The Harder They Come.’” Ultimately they had to concede because, according to Karazsewski, they had a scene at Universal (not in the finished cut) “when we had a poster of Brenda Vaccaro movie. And we sent it to him and he responded, ‘Oh, you’ve got a poster of Brenda Vaccaro? I’ve got Brenda Vaccaro in my movie!’ I’m like, ‘All right, you win, Quentin.’”

Now in an age when nearly anyone with a camera can make a professional-looking movie with the right material and collaborators, Moore’s story still matters for its statement of representation on the screen. In one memorable sequence, Moore and his friends go to see Billy Wilder’s The Front Page; as Karaszewski explains, “It seems like a nicely entertaining movie. But as you pan that audience and you get to Rudy’s row, you instantly get the point. It’s like these people are not seeing themselves on the screen.” That even extended to the cast of this film, he continues: “Da’Vine Joy Randolph as Lady Reed, she actually says when she does that final speech to Rudy, where she thanks him: ‘I’m not even acting. That is me thanking Eddie Murphy for letting me be a part of this project.’ Because all these years later, she still doesn’t see people who look like her on the big screen.” 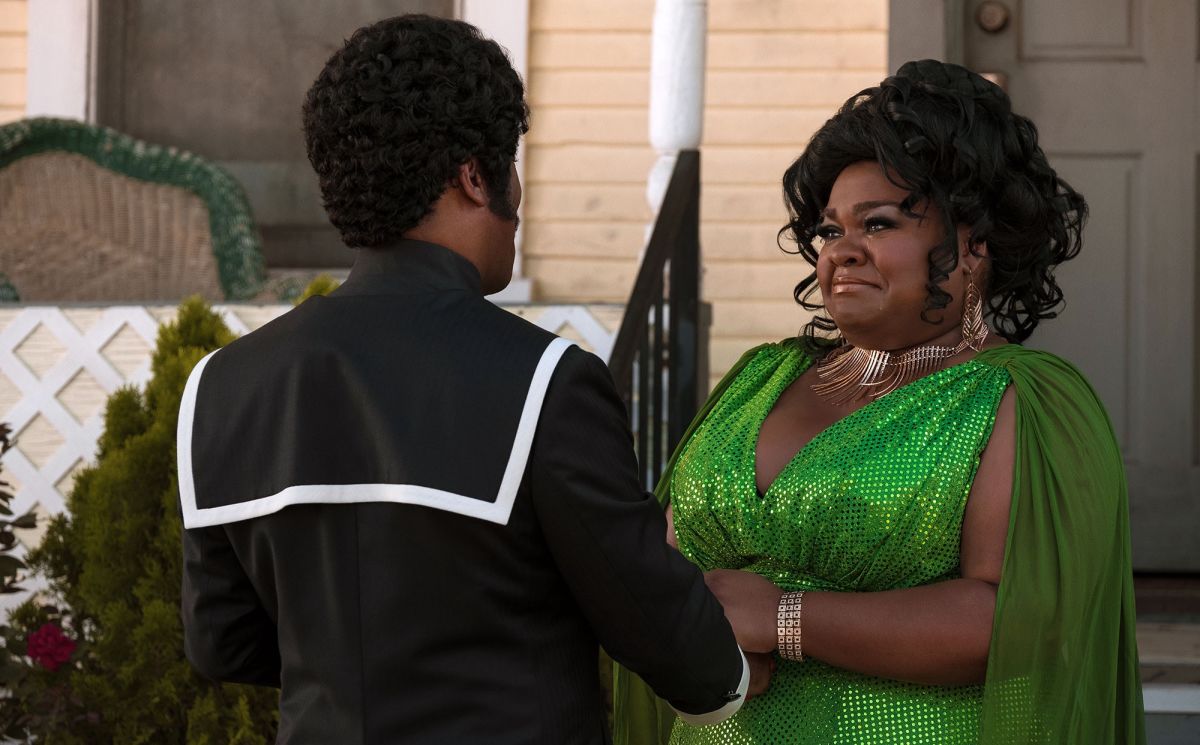 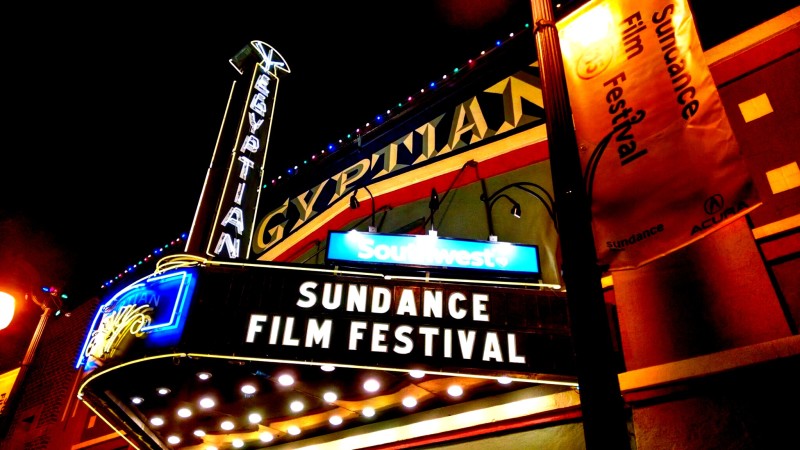 FEATURES
My Sundance Film Festival Diary
Feb 15, 2021
Marcus Hu is the co-founder of Strand Releasing, an independent film distribution company. In this article, he walks us through his 32nd Sundance experience. 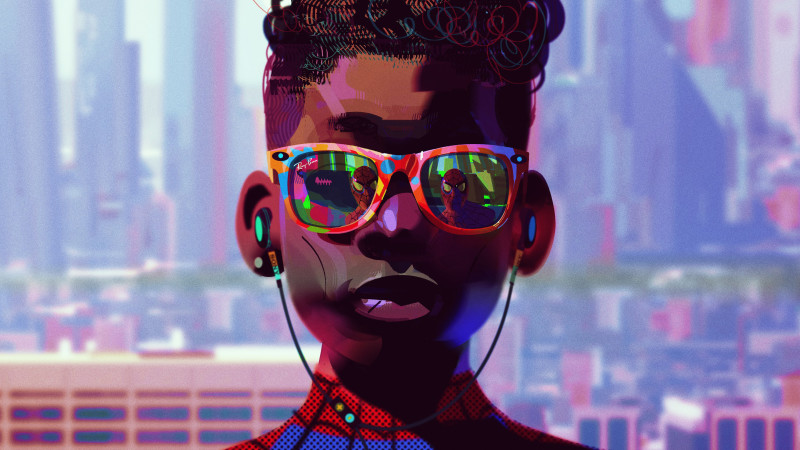 FEATURES
Inside the Spider-Verse
Nov 8, 2019
On February 24, 2019, five filmmakers took to the Oscars stage to accept the Best Animated Feature award for Spider-Man: Into the Spider-Verse. 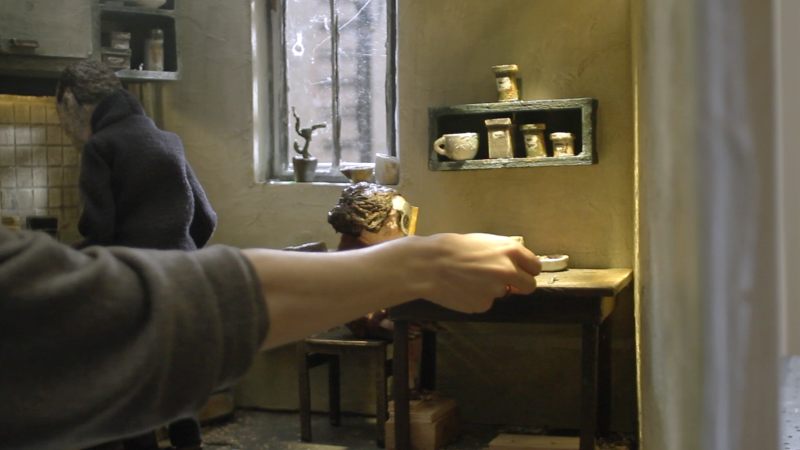 FEATURES
How a sound designer changed careers—and countries—on her road to the Oscars
Feb 4, 2020
Five years ago, Russian pianist and sound designer Daria Kashcheeva picked up and moved from Moscow to Prague. Today, she’s an Oscar nominee.
Subscribe to our newsletter
A.frame The Academy Academy Museum
© 2021 Academy of Motion Picture Arts and Sciences
Privacy Policy Terms of Use