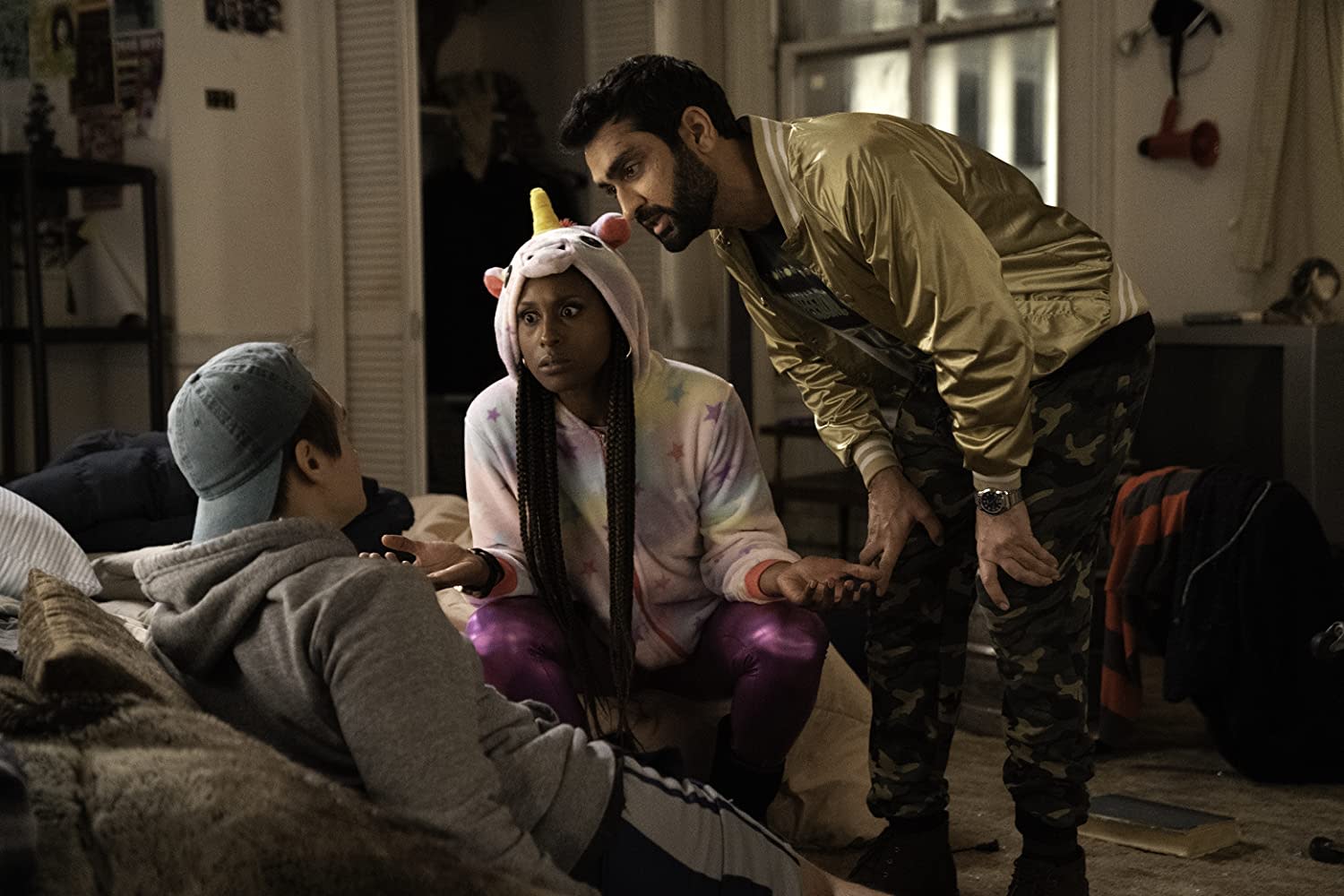 Comedy in the Time of Covid-19

When 9/11 happened, Wet Hot American Summer had just come out.

“It was a strange time,” recalled Michael Showalter, who co-wrote and starred in the movie, a cult classic with a Netflix prequel miniseries.

Now, Michael is back with his latest comedy—just in time for a global pandemic. It follows a couple (played by Kumail Nanjiani and Issa Rae) on the verge of a break-up, as they get tangled in a murder mystery and attempt to both solve the crime and prove their innocence. The Lovebirds was originally slated for a theatrical release on April 3rd. But now, as distributors shift gears, it will debut on Netflix this Friday, May 22nd.

Perhaps, it’s just the antidote viewers are looking for.

From sketch comedy to directing

It helps that Michael, who directed The Lovebirds, started out as a performer himself. Wet Hot American Summer brought together a cast of little-known actors, many of them (like Michael) from the sketch comedy group The State. Others included Amy Poehler, Bradley Cooper, Elizabeth Banks, and Paul Rudd. The list goes on.

Even before that, Michael attributes his foray into comedy to John Belushi.

“I was really blown away by John Belushi's comedy as a younger kid,” he said. “There was something about him that felt so subversive and so raw. The little expressions he would make. There was this feeling you got from him that he was being motivated by some deeper thing inside him that was mischievous, and playful, and edgy.”

“I loved all those guys: Chevy Chase, Bill Murray, and Steve Martin. And those were the icons that I grew up with. Robin Williams, Woody Allen, and Monty Python. The big comedy gods of the '70s and '80s were who I idolized.”

What struck Michael most about their comedy was the realness of it. “Their characters had real inner lives. They had problems, and faults, and real foibles, and they were messed up and lost.”

When Michael went to visit his sister in college, he watched an improv group perform and thought, “Oh, my God, that looks so fun, just being able to create comedy.”

Joining a college sketch comedy troupe seemed achievable. Meanwhile, “being a writer or a director was really the farthest thing from my mind.” 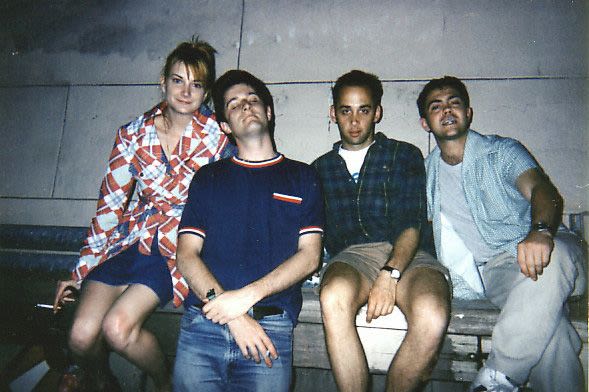 Michael Showalter (second from left) was part of The State, an influential sketch comedy troupe started at NYU.

To Michael, directors were like gods. “I saw them as larger than life. It never crossed my mind that I would even do that. I wasn't sure I could direct until I did.” That was in 2005, with a movie called The Baxter. And even then, Michael recalls thinking, “‘Wow. I don't know how to do this at all.’”

Ten years later, while making his second film, Hello, My Name is Doris, he decided to trust himself a little more and “throw more caution to the wind.” Also, working with a legend like Sally Field and hearing her words of encouragement made him think, “Hey, maybe I could do this.”

“It's taken me a long time to figure this out, but directing is the perfect mix of everything I love. I really enjoy putting a whole fantasy world up on its feet, even if that fantasy world is very adjacent to the real world.”

While Michael's path towards directing was a long and winding one, the inspiration may have been there all along.

As a kid, Michael entertained the notion of being an artist, “but I could never draw the same thing twice.” As a director, he doesn’t have to. Instead, he leaves a unique imprint on each project, relying on his actors to bring forward a performance that can’t be replicated.

“When you're starting out as a director, maybe you have this idea that the director's job is to tell everybody what to do and how to do it. And maybe that's true for some directors. For me, I like to try to lean into what everyone I'm working with wants to bring to it.”

“And this is true if it's an actor or a cinematographer or a production designer,” he added. “Everybody is wanting to do it a certain way. I feel like my job is to help do that the best way.”

In moments of tragedy, Michael said, “I do think there is a reflex that people have. It's like the John Krasinski viral videos: when things are really bad, you just kind of want a breather.”

“It's not about being in denial. It's not about shirking responsibility. It's about taking a break from all the misery and the tragedy. Historically, you see comedies oftentimes thrive when times are difficult, partly, I think, because comedians tend to be able to find humor in situations that are not funny.”

He hopes this era ushers in a resurgence of, not just comedy, but the kind of comedy that's silly, light, playful, and doesn't take itself too seriously.

The Lovebirds is just that. It's “the kind of movie that ultimately finds an audience on television the way so many comedies do,” Michael reflected. “I think all things being equal, we are getting our movie out into the world in the best way possible.” 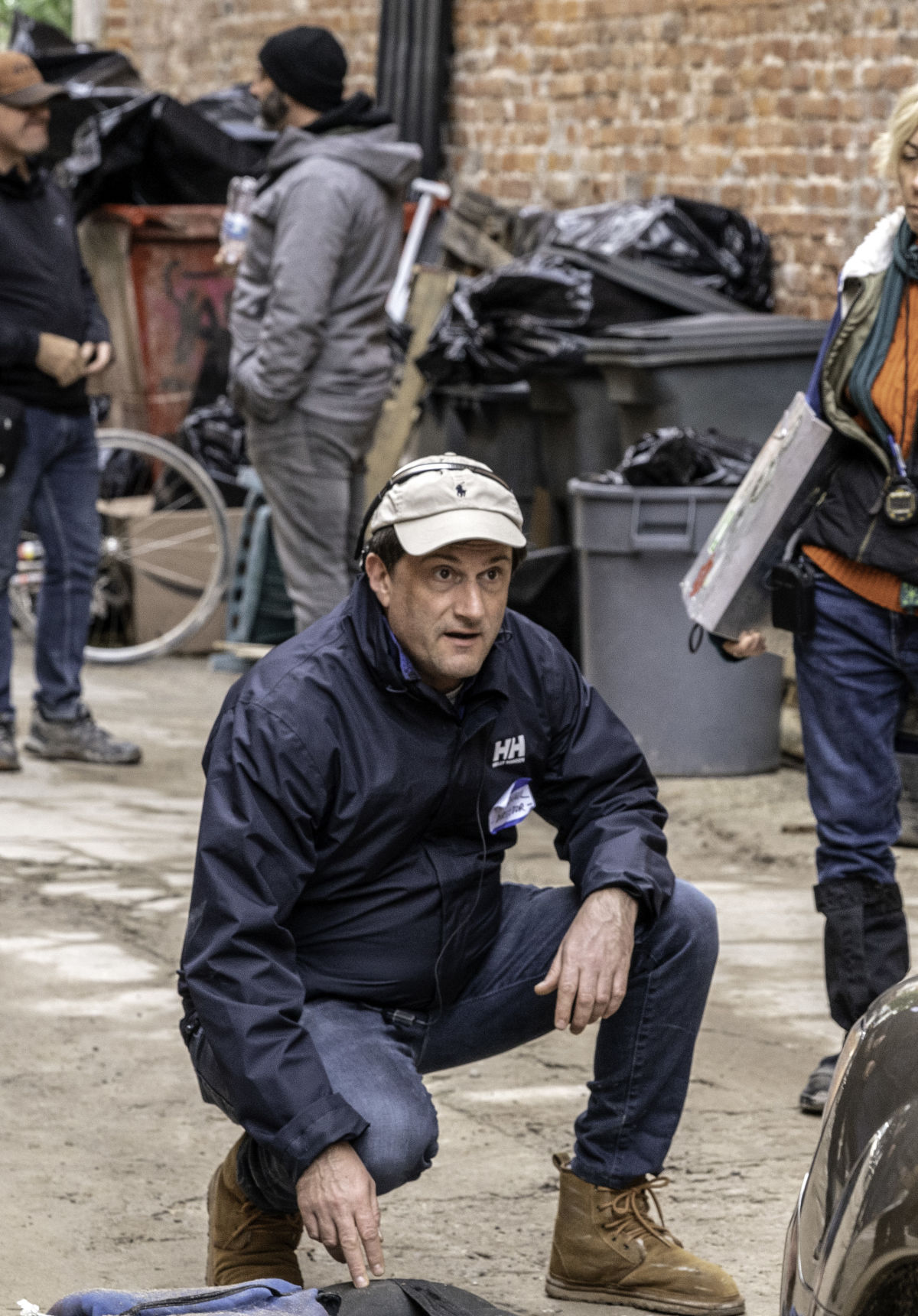 Michael Showalter on the set of "The Lovebirds"

In The Lovebirds, like The Big Sick before it, it’s hard to place Michael’s films squarely in one genre or another. That’s probably because his influences are much broader than you would think.

“Throughout my life, I've watched so many thousands of movies. So when I make my own, every single movie I've ever seen is in the mix. Every movie, play, every piece of music, every experience I've every really had is being channeled into it. That means if a scene is scary, I'll be thinking about how to make the scene really scary. If the scene is really sad, I'll be thinking about that. I don't paint with a broad brush of like, ‘This is a comedy, therefore every scene has to be funny.’"

For The Lovebirds, Michael took inspiration from a niche collection of classic, artistic films made by directors ranging from Martin Scorsese to Susan Seidelman. They all play “with a similar idea of normal people getting sucked down the rabbit hole into a kind of crazy overnight adventure. These movies were cool, and exotic, and hip, and funny, and weird, and romantic. There was often a danger element.”

“I loved those movies so much growing up,” Michael said. “So with Lovebirds, we took that spirit of these two characters, Jibran and Leilani, who are kind of normal, but recognizable, having this crazy overnight experience in New Orleans that changes them fundamentally as people.”

Michael came onto the movie after both Kumail and Issa were cast—and it was the main reason he was excited to direct. “I think they're both great comedic minds. What drew me to them is that they're also both interested in mining real people to get to their comedy,” he said. No stranger to hilarious ensembles, Michael wanted to see how these two grounded and real performers would share the screen.

To this day, he finds casting to be the crucial element that can make or break a movie.

“Casting is 90% of it. Once you've chosen the actor, that's their part now. They are that person now,” he said. “You really want to take that part seriously, because you are creating these people that hopefully will fit together and have chemistry. Once those actors are in those parts, to get the best work out of them, you need to empower them to feel like they have agency over their own role.”

How To Cure a Bad Day 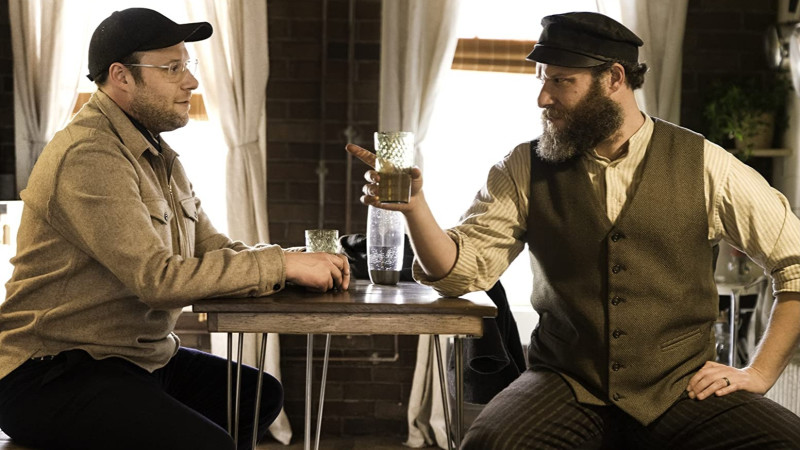 FEATURES
Simon Rich on the Wild Premise, and Real People, Behind “An American Pickle”
Aug 5, 2020
The screenwriter discusses his penchant for self-satirization and why Seth Rogen was his first choice to play a man brined in pickle juice for 100 years.
A.frame The Academy Academy Museum
© 2020 Academy of Motion Picture Arts and Sciences
Privacy Policy Terms of Use