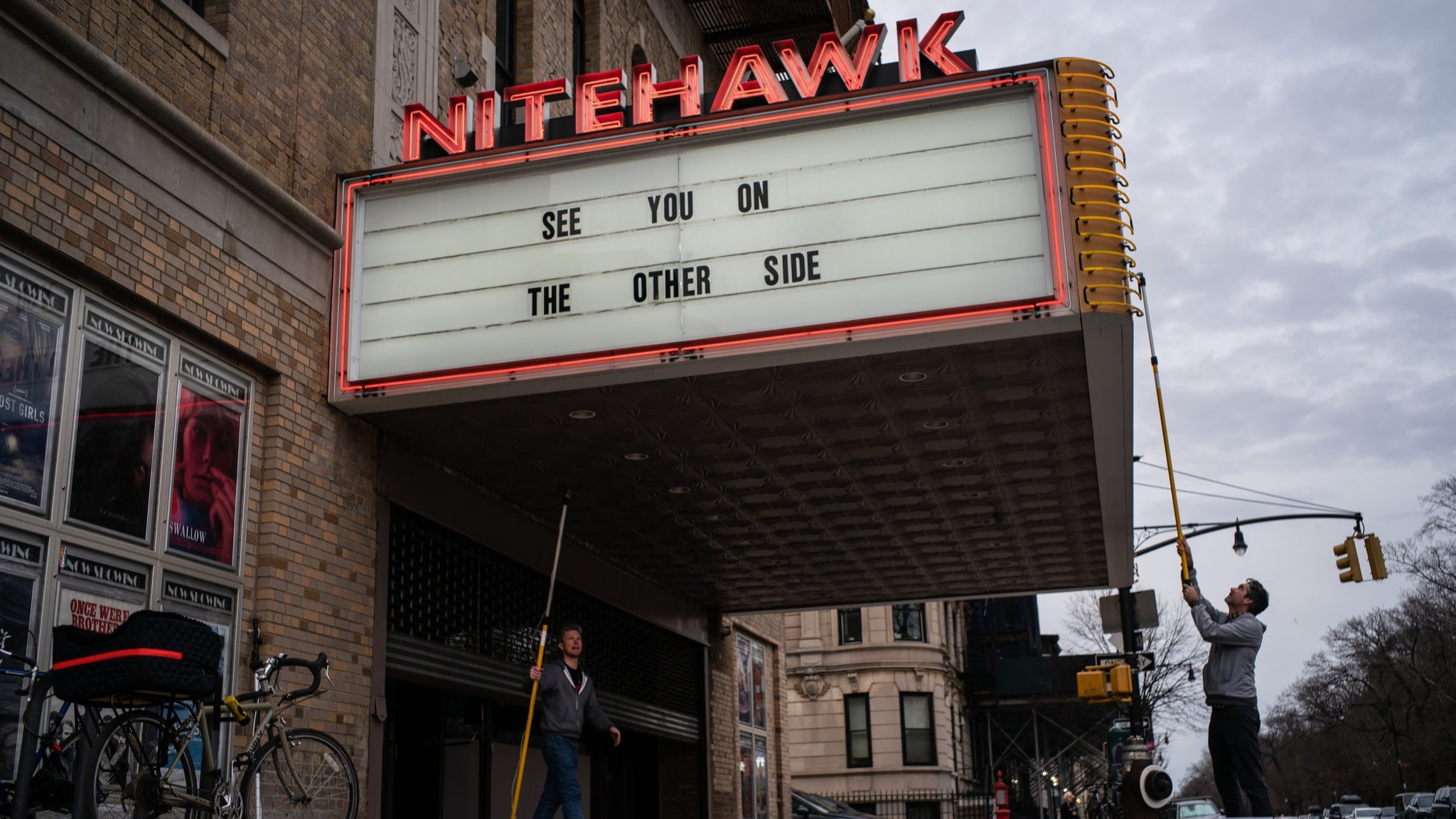 A Dispatch from the COVID-19 Epicenter

Growing up in California, Rajendra Roy intended to become a lawyer. He escaped this trajectory by moving to New York in the mid-90s, where the right mentors and a passion for film started him on the path to becoming a film curator. “I wouldn't trade my experience for anything, but there's no yellow brick road,” he said. As MoMA's chief film curator, Rajendra has seen first-hand the impact that the coronavirus pandemic has had on the arts on New York City. But he remains hopeful, with some tips on how to keep discovering while at home.

I think that, no matter how much we had been attuned to the virus in the months prior, most of us felt a shock when literally our whole industry, everything we had built, especially in repertory cinema in New York, just evaporated over a weekend. It took us all by surprise in a way. And maybe the biggest surprise was that we had to all of a sudden learn how to shutter our programs and mourn something that won't come back in the same way.

It was a rolling anticipation of change that began when we heard about theaters closing in China. That segment of the market is huge. It was strange going through the early winter knowing that it was spreading, but not really having any sense because of lack of testing. Through all the events that happened before March 13, when MoMA and most New York theaters closed, there was this sense of impending change to daily life. But the fact that it all really happened mid-March was a shock. A week before that, we had overflow crowds screaming and cheering for Daniel Craig as we did a mini-survey of his career in anticipation of his final Bond film. It wasn't like there was a slow build to the rejection of collective experiences. It was totally sudden and abrupt.

I think the culture of gathering is fundamental to... human existence. But I don't think it's that much of an exaggeration, actually. As we're mid-stream in the crossroads of the analog past, the digital present and whatever the algorithmic future feels like, the act of giving yourself over to a singular experience collectively is something that's critical for all of us who believe in theatrical programming, certainly.

The experience of consuming culture together, whether that's theater, or dance, or live music, or cinema… it's a necessity.

It's not something that is just entertainment or just a distraction. It nurtures thought and creativity, and we're learning well-being and peace of mind. It's just comforting to be together with people who want to be in the same situation as you.

As the epicenter, I don't think you can discount what New York has been through. Especially because it hits so many areas of what makes this city great, whether it’s restaurant culture or the idea that we can commute together. This is a city that maintained some sense of egalitarianism, even as income inequality has run rampant. We're still in such close proximity that led to the awareness of different social strata. And then, those strata come together in places like museums, like MoMA, where, in the galleries you have visitors of all backgrounds, visitors from countries as far-flung as you can possibly imagine. And you have cinemas packed with both loyal cinephiles, who have been coming for decades, and new audiences that want to discover history, that want to engage with the best of contemporary practice. And that resolved the leveling-ness of New York.

It's the thing that I'm most concerned about: this city has the potential to be the great melting pot, the ultimate expression of that American dream. And we have to make sure that potential returns.

That potential has to return. It's not going to be in the same manner as it was on March 12. But those of us who are dedicated to the city know that that's what we have to fight for. 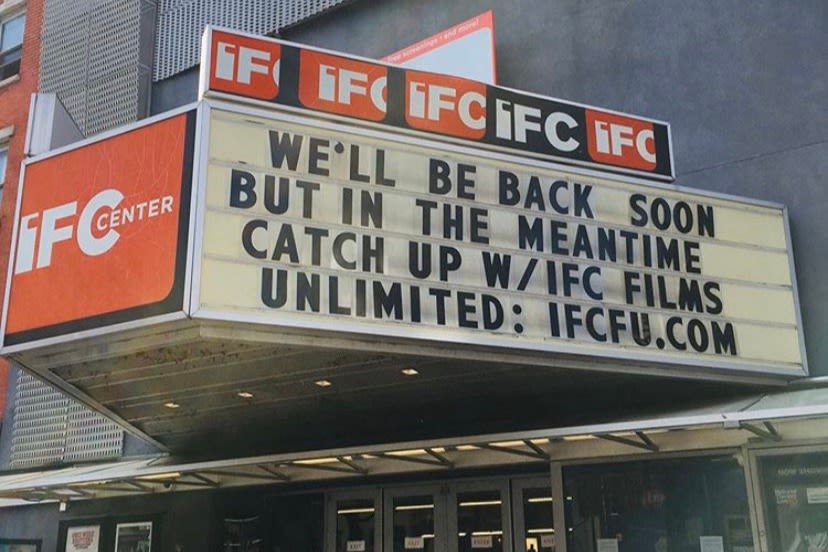 While we’re stuck at home, we have all gravitated towards pictures that take us to either our happy place, or our far away place, a place we know well and we want to get back to. I call that my cinematic comfort food. But my advice is to ration that comfort food because A) this is a long-haul thing and B) you don't want to give up on discovery.

That is part of our thinking at MoMA. In terms of our curating, that means both reassuring people with the classics that they love and surprising people with more adventurous areas that honestly might not even be brand new. We've shifted our program across the museum from in-person visiting to virtual visiting and we call the exhibition program Virtual Views. It's across all departments at MoMA, but the film team led it off two weeks ago with our home movie show, which was based on an exhibition that's currently installed, but not viewable, called Private Lives Public Spaces. It engages with the history of amateur filmmaking and home movies. And so we translated that for digital viewing.

The idea that all of this amazing moving image work has been around us… we're literally soaking in it. If your family made home movies, they exist for you. We don't think about their contributions to cinema culture or culture at large. So that's a way of curating an experience that is a surprise for most folks, but it's not necessarily dependent on new production. That's another thing we have to keep in mind — production is frozen right now. We're going to have to look in lots of different corners for surprises as we move forward.

As much as people inevitably will want to gather again for collective experiences, people will want other people to tell them what they think. We are still going to be interested in these opinions, even if they're incredibly divergent. That's the thing about algorithms; they can't really express an opinion. They can point in directions that are interpretive of past behavior. But that's not exactly what an opinion is, because opinions can change and evolve and grow or degrade. So even though Twitter will send certain streams your way based on the AI's interpretation of your past interests, what really drives people on platforms like that are opinions that are being expressed, either ones that you agree with or strongly disagree with.

That's been my experience, that there's still a real human element to engagement with digital media. And I think that, while algorithmic platforms obviously are successful and a part of everything that is happening in this moment, there is still a real desire for somebody to say, "Hey, I just watched this thing and it's super interesting." We are still dependent on each other for forming our opinions and making our life decisions. So curating is a facet of that and I am confident that that is something people will still value.

My initial instinct of viewing right now is things that are aligned with your comfort zones. So, if you like Latin America cinema, for example, Cinema Tropical is a great resource for what's happening in Latin American cinema across streaming platforms. There are a lot different repertory programs, services like Screen Slate, which evolved from Screen Slate to Stream Slate. There are also experimental, avant garde streaming services that are really interesting right now.

Whatever your thing is, whatever your niche is, there are definitely great advisors out there who are pointing to resources that are streamable. And then save some room for those surprises. Just dig in and look around. Right now, there are a lot of people sharing what they're watching.

Guillermo del Toro, Darren Aronofsky and a lot of other directors created this stream on Twitter of what they're watching. Or Pedro Almodóvar's amazing quarantine diaries. So take a chance on someone, maybe you've seen one of their films or really respect what they've done. A lot of those recommendations surprised me. I'm like, "Darren's watching that? That's crazy." But there is adventure. It's not as predictable as you would imagine.

I'm speaking from experience. My friends, my colleagues, the artists I really respect — I'm looking to their Twitter and Instagram feeds. I'm also lucky enough to subscribe to Criterion Channel, and there are corners of that amazing collection that I'd never delved into. I recently watched And God Created Woman, the Roger Vadim and Brigitte Bardot collaboration that launched her career. And it's incredible. I'll be watching things that maybe I had to watch for film school, but now I get to watch for pleasure. There are a lot of ways of re-approaching things that are fun. And I've also been thrilled, to a certain extent, to engage in what's super hyped right now. Did I watch Tiger King? Sure. Mostly because my friend, Trevor Groth, was one of the producers on it. In the end, obviously, it became this phenomenon and it was fun to have an opinion about. 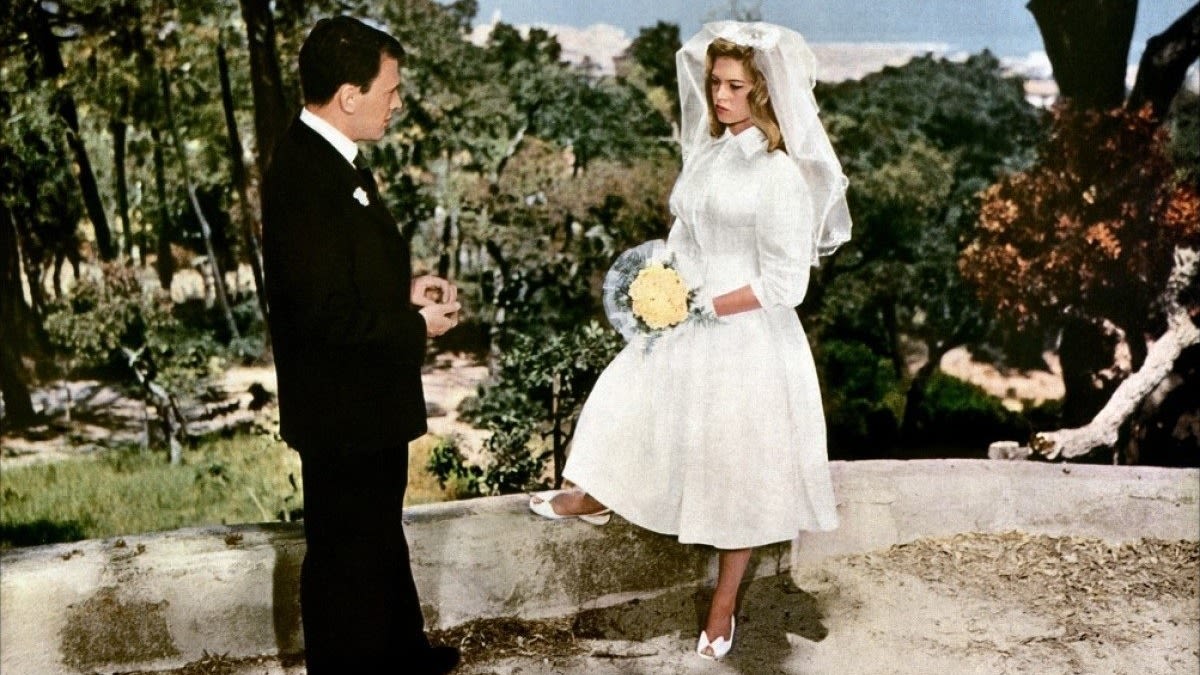 We have to fight really hard to make sure that our organizations can sustain the people, most importantly, that make them happen. Keeping staff intact, keeping people fed and sheltered until we can all get back to work, those kind of basic things, to make sure that there's some sort of apparatus to rebuild once we are able, to make sure that those conversations aren't just happening based on what's streaming.

I want to get back to the point where we can have really intense conversations about streaming things that we just watched, and come together and watch a movie and celebrate award season and all of that again.

I think the organizations, especially the legacy organizations, that are able to make it through and open their doors on the other side of this will, first and foremost, be places of reassurance. A reassurance that it all hasn't gone away because, very sadly, some things will go away. Places where people can come back and go, "Oh, thank God it's still there." Whether that's their favorite movie, or their favorite painting, or photograph, or friends who they used to go to these places with.

I think they'll also be places of celebration. The great thing about the Academy Museum is that, when it opens, it's going to be the biggest party in film land ever. There will be this temple for the cinematic art form that will endure and will have endured through an unimaginable threat to the whole concept of collective viewing in cinema.

I get teary already thinking about what brings people back to cinema. I know at first it's going to be like 50 people in a 400-seat house. Whatever it would be to make it safe to come back, we'll do. But those moments will feel really, really good. 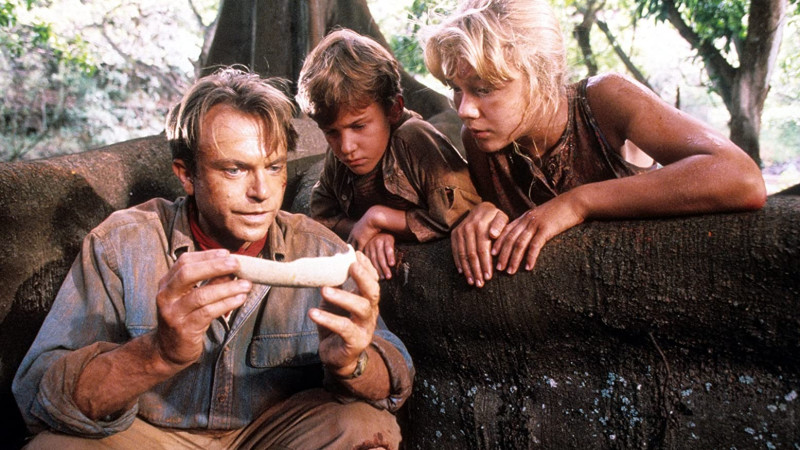 FEATURES
Now Streaming on Peacock: Double Features
Jul 16, 2020
NBCUniversal's streaming service has launched—and we have 4 double features to get you started.
A.frame The Academy Academy Museum
© 2020 Academy of Motion Picture Arts and Sciences
Privacy Policy Terms of Use