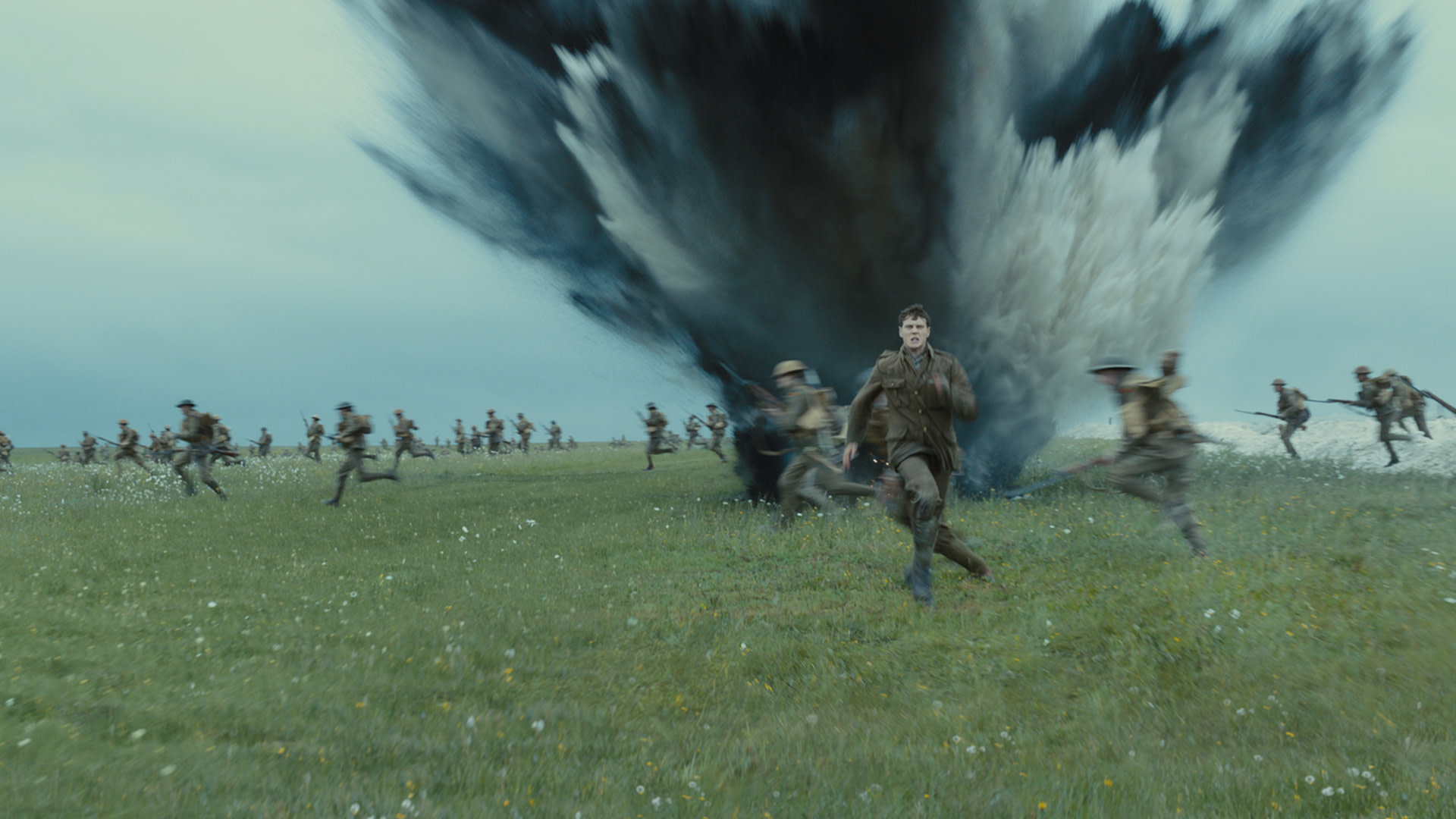 Many films have been made about World War I since the early days of Hollywood, but none has been executed quite like 1917. Designed to unfold in one feature-length take, the film was inspired by the grandfather of the film’s Oscar-winning writer-director-producer Sam Mendes, who was joined at the Academy for a discussion about the film by screenwriter Krysty Wilson-Cairns, cinematographer Roger Deakins, editor Lee Smith, and actors Dean-Charles Chapman and George MacKay.

“He didn't speak of the experience at all to his own children,” Mendes says of his grandfather who fought at the age of 17. “It was only when he got into his 70s that he started talking to his grandchildren about it. They weren't stories of heroism or bravery. They were unadorned stories of horror, really; the scale of the war. And how lucky he was to have survived it. The luck and coincidence and accidental heroism. He won two medals, but he claimed that it was entirely by accident. He told one story about being sent as a messenger across No Man's Land with one message. It was that image of that little person in the mist, carrying that one message that really inspired the movie. I just thought, ‘What if he kept going?’ That's what we turned into the story.” 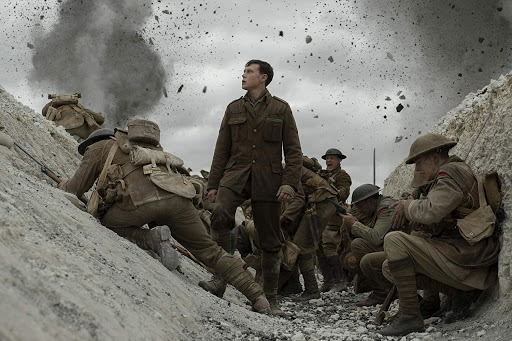 Wilson-Cairns adds that the writing process was unusual because she and Mendes “sat down and when we first wrote this, we never thought, ‘Oh, is any of this achievable?’ In fact, I often thought most of it was completely unachievable but I went with it because I was working with Sam and he knew what he was doing… We never retroactively fit the story for the form. When I first sat down with Sam, the very first thing he said to me, or the very last thing he said to me in the first call before hanging up on me, was, ‘Oh, by the way, it's all going to be one shot.’ So I knew what I was getting into. I knew my dream job was a very tough dream job. Basically, the story would have to be in real time. That would dictate how we would tell the story. It would dictate things like exposition, which becomes a sore thumb in any kind of real-time story… In a way, what I was trying to do in the script was, as the author, be invisible-- which is kind of an unusual thing to do but very satisfying.”

From a technical standpoint, Deakins noted that while planning the film, “We had this pact that we wouldn't think about the technology. We wouldn't think how to do it; we would sort of dream about what we wanted to do. It was only after we storyboarded for months, then we started rehearsing with Dean and George for months as well. It was only when really all the shots were laid out then we broke it down into sections, depending on the location of where we were on, depending on the performance, and how Sam wanted to break it down into sections of performance. When it comes down to it, it's an instinct. You kind of feel a shot, and we talk about it. It just feels right, doesn't it?”

From an editing standpoint, Smith found the process of assembling footage as it was being shot “pure terror on a daily basis. Fear. Because every time I looked at it, we were building the film as we were going. I was talking to Sam a lot every morning. The film just had to work; there was no going back. It wasn't the usual situation with coverage where we could look at something that was a little bit ropey and you could fix it in post. You could polish it, you could halve the length of it, you could juxtapose the scenes. You couldn't do any of that. This film had to be perfect every day. That was nothing I've experienced before, and it was really exciting. I sort of described it once, ‘This is like Christmas because every morning you'd be watching each of these takes unfold.’”

As it turns out, Mendes wasn’t the only participant with a familial connection to World War I. Chapman learned that he had a great-great grandfather, David Henry Pearce, whose journal was excerpted in the book Western Front Diaries including an account of how surviving bleeding out for four days in No Man’s Land. “Knowing that story of my grandfather definitely made me feel a million times more connected to Blake in the story,” he says. The actors were also helped by the unusual luxury of having six months to rehearse, which allowed them to burrow into their characters and become immersed in the setting. However, that didn’t mean everything went exactly as planned due to the intense choreography and considerable explosions involved in many scenes. As MacKay puts it, “The rule was always, ‘Don't stop until you hear, “Cut”.’ So we just kept going.”

Mendes’ theater background allowed him to oversee the daunting production, particularly the necessary ability to focus on the rhythm and the pace of the execution. “But, you've got so many more elements in this than you do with a play,” he notes. “Everything's moving all the time. The camera's always moving; the characters are always moving. The landscape's moving. The light's changing… Any number of things can derail you, so what I was doing was I was working off a very large monitor screen, which I had to, because I had to see every detail. Because I didn't want to let anything slip by. That meant that I was stuck in a van, as was Roger… There were a number of times when I had to say ‘Cut!,’ and they couldn't hear me. They just carried on, acting away down the hill, over the horizon, blissfully unaware that the camera wasn't on them anymore!” 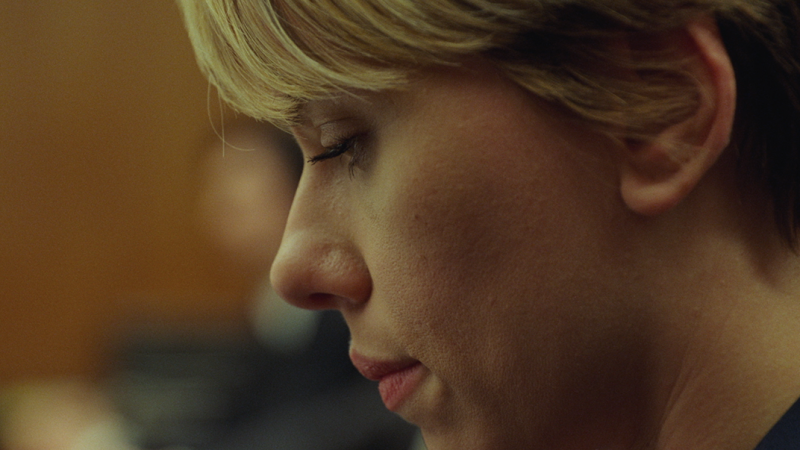 FEATURES
Not your grandma's Marriage Story
Nov 8, 2019
Though the title might make you think of a romance, the dramatic and comic Marriage Story offers a complex look at the collapse of a relationship and the impact it has on the lives involved.
A.frame The Academy Academy Museum
© 2020 Academy of Motion Picture Arts and Sciences
Privacy Policy Terms of Use